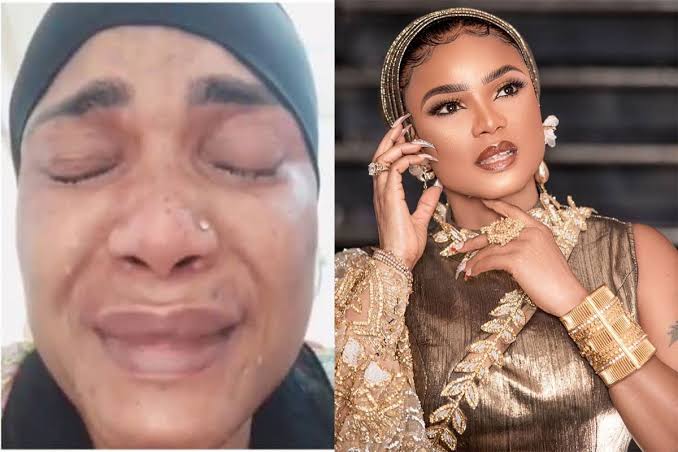 Nollywood actress, Iyabo Ojo has revealed that she was raped five times and the pains will forever leave an everlasting scar in her heart.

The 43-year-old actress disclosed this during a recent episode of her “Bare It All With IY” on social media, where she shared her ugly experiences of sexual assault.

According to Iyabo, she was raped five times and it is one of the painful experiences she has had that she can never forget.

She encouraged other victims to open up, and also to remind every woman who has been faced with assaults of such that they are not alone.

Sharing the video on her Instagram page, Iyabo wrote;

“Nothing prepares you for the worst the pains & thoughts never go away. It leaves an everlasting scar in your heart & if not careful may ruin you…….. please note that it’s ok to talk about it, it’s ok to seek help, it’s ok to know that you’re not alone ……

“I have been raped 5 times …… and on today’s episode of BARE IT ALL WITH IY you get to watch & listen to my story, also I have a very close sister of mine who also took the bold step to share some of her ugly experience……. link in my bio (iyaboojovlog) for the full story”

KanyiDaily recalls that Iyabo Ojo had also revealed that she was nicknamed “block-head” back in school because she was not academically sound.