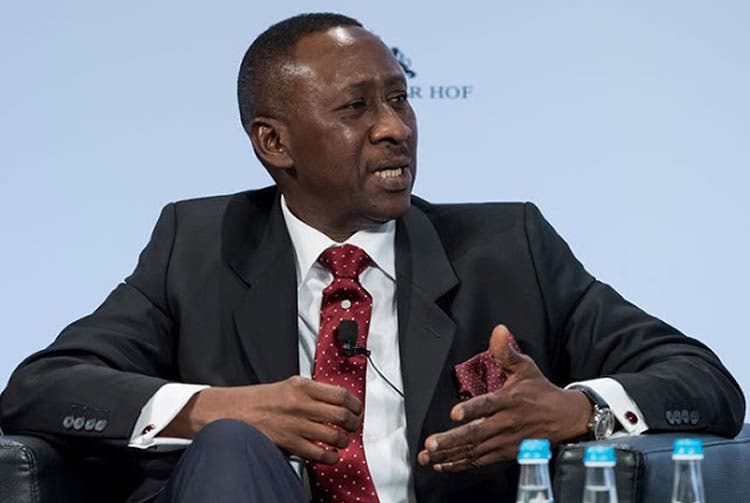 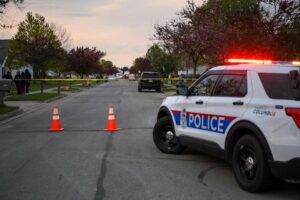 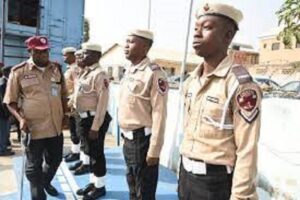 THE National Security A d v i s e r ( N S A ) , Babagana Monguno, said on Friday that billions were spent on procurement of weapons with the supplies not met on ground by the new service chiefs. Monguno said in a British Broadcasting  Corporation (BBC) Hausa Service interview that the new service chiefs did not meet weapons for which the money was  approved when they assumed office.

“We don’t know where the money went to. The president has given out money for equipment but they are not seen on  ground,” he said. Presidential spokesman, Garba Shehu, however, contradicted the NSA, declaring that no money  was missing, although the procured weapons had not been fully delivered.

While reminding Nigerians t h at t h e M u h a m m a d u Buhari government took $1 billion from the Excess Crude Account (ECA to purchase weapons, including Tucano helicopters, Shehu said on Channels TV that there was no misappropriation of funds because payments were made government-to-government through the Central Bank of Nigeria (CBN).

I n r a i s i n g t h e misappropriation allegation, Monguno was quoted as saying: “The president has done  his best by ensuring that he released exorbitant funds for the procurement of weapons which are yet to be procured;  they are not there. “Now the president has employed new hands that might come with new ideas.

I am not saying that those that have retired have stolen the funds, no. But the funds might have been used in other ways unknown to anybody at present. “Mr President is going to investigate those funds. As we are talking with you at present, the state governors, the Governors Forum have started raising questions in that direction. $1 billion has been released; that and that have been released but nothing seems to be changing. So, I assure you that the president will not take this lightly.

“The funds are nowhere to be found and the weapons have not been seen and the newly appointed service chiefs have declared that they have not seen the weapons. Maybe they are on the high seas, on their way from wherever they were purchased, from the US or Europe, but for now, there is nothing on ground.

I have not seen anything. The service chiefs  have also not seen anything.” Monguno added that the matter was being investigated. NSA’s revelation shocking –  PANDEF The Pan Niger Delta Forum (PANDEF), in its reaction, described the disclosure by the NSA as shocking and
treacherous to Nigerians.

PANDEF’s stance was contained in a statement signed by its National Publicity Secretary Mr Ken Robinson, a copy of  which was obtained by Saturday Tribune on Friday evening. The umbrella South-South socio-cultural group said: “The country’s territorial integrity is being undermined by bandits and terrorists.

We are almost, every other  day, confronted with reports of innocent citizens being killed or kidnapped across the country.

“And people entrusted with such elevated responsibilities could perpetrate such wickedness against their nation and its  citizens. “ This accounts for the government’s foot-dragging on the fight against banditry and terrorism, because there   are no arms for the military.

“Little wonder the Minister of Defence asked Nigerians to defend themselves against bandits terrorising their  communities. “It is rather unfortunate that the NSA denied himself possible applause by  adding that he was not saying the former service chiefs diverted the money.

If they did not, who did? Or where are the arms? “ A n d r i d i c u l o u s l y ,  the aftermath of theirmonumental failure is appointment as non-career  ambassadors  by the President and Commander-in-Chief. “Perhaps the next thing the nation would be told is that the arms are in  transit, from God-knows-where, instead of getting all those involved in the alleged missing arms money to account for their inglorious actions and inaction.”

Disclosure weighty, must be probed –Gani Adams Also, the Aare Ona Kakanfo of Yorubaland, Chief Gani Adams, in his reaction, saluted the courage of the NSA in making the revelation and called on the  ederal Government, the Economic and Financial Crimes Commission (EFCC) and other relevant agencies to investigate the matter.

Adams, speaking with Saturday Tr ibune o n telephone, recalled that it was because of funds from the Office of the NSA  under the regime of former President Goodluck Jonathan that some politicians ran into trouble when President Muhammadu Buhari took over. “We have to salute his (Monguno’s) courage for that statement and at the same   time  they should investigate it deeply to make sure that they get to the root of the funds that were given to them. “You will  remember that the money given to the former National Security Adviser under President Jonathan was what majority  of politicians suffered for when Buhari got to power,” he said.

According to the Aare Ona Kakanfo, the statement  coming from the NSA is weighty and anybody in that  position is  uite powerful and, therefore, his statement must be taken seriously. He said it would be a bad precedent if the  statement  is ignored and nothing is done to unravel what happened to the said funds. Adams added: “If the National  Security Adviser accused all the service chiefs that all the money given to them to buy arms was not utilised as the arms  are not visible, it is a serious allegation that the Federal Government, the EFCC and all the relevant agencies should look  into because the Security Adviser to Mr President is a very powerful position and any statement that comes from  his office must be taken seriously.

“You can imagine how many lives of Nigerian military officers have been lost in the process of engaging Boko Haram and  bandits and other insurgents in this country,” he said. “So, I think the issue has to be investigated property and they   should allow the public to have knowledge of what happened and what transpired concerning the funds. It will serve as a bad precedent if such is not done.”

However, the Office of the National Security Adviser (ONSA) in the presidency said that that the NSA was quoted out of context. It said Monguno did not categorically say that funds meant for arms procurement were missing under the former service chiefs as reported or transcribed by some media outlets from the BBC interview A statement released from the ONSA reads: “The the attention of the Office of the National Security Adviser has been drawn to some media reports regarding Armed Forces equipment during an interview with the BBC Hausa Service.

“We would like to state that the NSA was quoted out of context as he did not categorically say that funds meant for arms procurement were missing under the former service chiefs as Arms procurement: Billions spent, no weapon seen  breaching a perimeter fence.

They then encroached about 600 meters to attack the first facility. “The Ministry of Internal Security and Home Affairs,  on receiving a distress call, alerted the 1 Division Nigerian Army and the Air Training Command of the Nigerian Air  Force. “Troops of the Nigerian Army immediately moved to the school and engaged the armed bandits accordingly.

“The troops successfully rescued 180 citizens; 42 female students, eight staffers and 130 male students. However, about 39  students, a mix of males and females, are yet to be accounted for. “Some of the rescued students were injured and are presently receiving medical attention at a military facility. “Receiving the report, Governor Nasir El-Rufai thanked the troops for their swift response and the rescue of the 180 citizens. He also wished the injured students a speedy recovery.

“As of the time of this update, a combined team of army, air force, police and DSS troops are conducting an operation to  rack the missing students. “Citizens will be updated on emerging developments.”

The commissioner, in a subsequent statement, gave the number of the missing as 39. He said they were 23 females and 16 males. According to him, the government and security agencies are focused on rescuing them. “In an earlier update, citizens were informed that troops rescued 180 persons following an attack by armed bandits on the college late Thursday night, with about 30 still missing.

“The number of missing students is now confirmed to be 39, comprising 23 females and 16 males. “The Kaduna State government is maintaining close communication with the management of the college as efforts are sustained by security agencies towards the tracking of the missing students,”

Aruwan added. reported or transcribed by some media outlets from the BBC interview. “During the interview, the National Security Adviser only reiterated the federal government’s commitment to dealing decisively within the security and stated President Muhammadu Buhari’s continued commitment to providing all necessary support to the Armed Forces, including the provision of arms and equipment. “In the interview, the National Security Adviser clearly informed the BBC  reporter that Mr President has  provided enormous r e s o u r c e s fo r a r m s procurement, but the orders were either inadequate or yet to be delivered  and that did not imply that the funds were misappropriated under the former service chiefs. “The NSA also informed the  reporter that Mr President is following up on the procurement process as is usual with contracts relating to military  equipment. In most cases, the process involves manufacturing, due diligence and tedious negotiations that may  change delivery dates.

“As the National Security Adviser conveyed during the Aso Villa Media briefing, questions relating to defence procurement should be channelled to the Ministry of Defence. “A l l s e c u r i t y a n d intelligence agencies are working  ogether to bring an end to insecurity with the full support of Mr President and stakeholders, including the media and civil society, as part of a whole-ofgovernment and a whole-ofsociety approach to address our security challenges.” In  2018, Buhari approved the release of $1 billion for the procurement of security equipment to fight Boko Haram insurgents.

There have, however, been complaints about lack of equipment and ammunition for the military that has been fighting the insurgency for the past 10 years. In January, President Muhammadu Bu h a r i relieved Gabriel  Olonisakin, Tukur Buratai, Ibok Ekwe Ibas and Sadique Abubakar as the Chief of Defence Staff, Chief of Army Staff,  Chief of Naval Staff and Chief of Air Staff, respectively. He replaced them with  Lucky Irabor, Ibrahim Attahiru, Awwal  Gambo and Isiaka Amao, in that order. 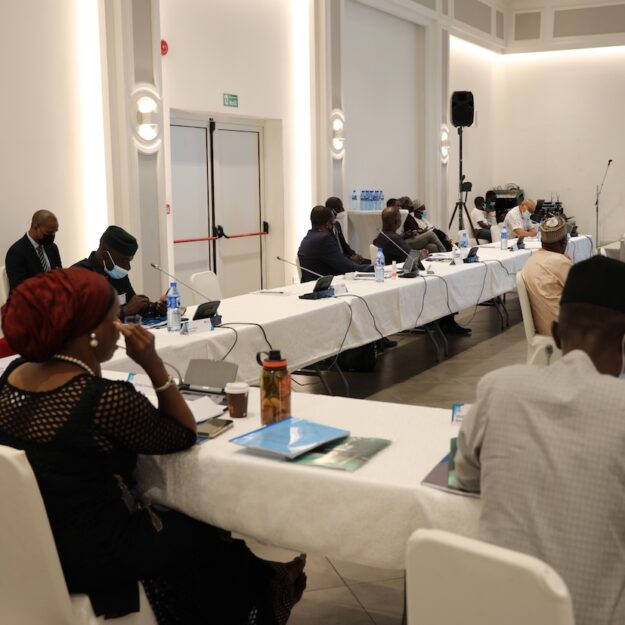 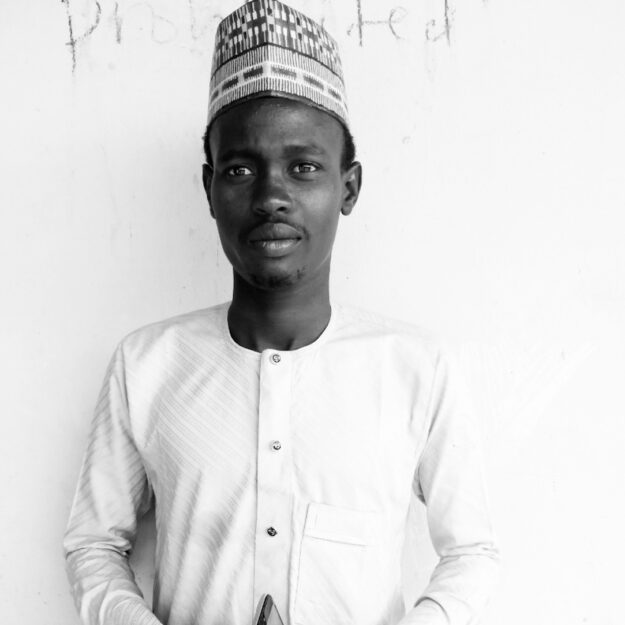 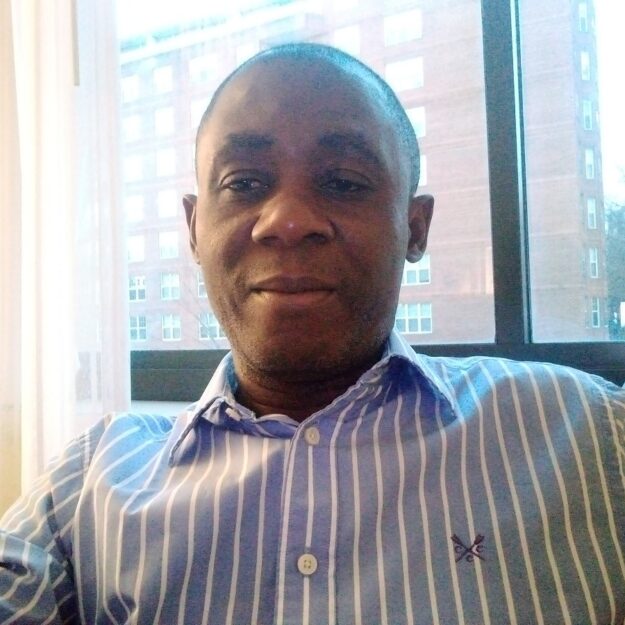 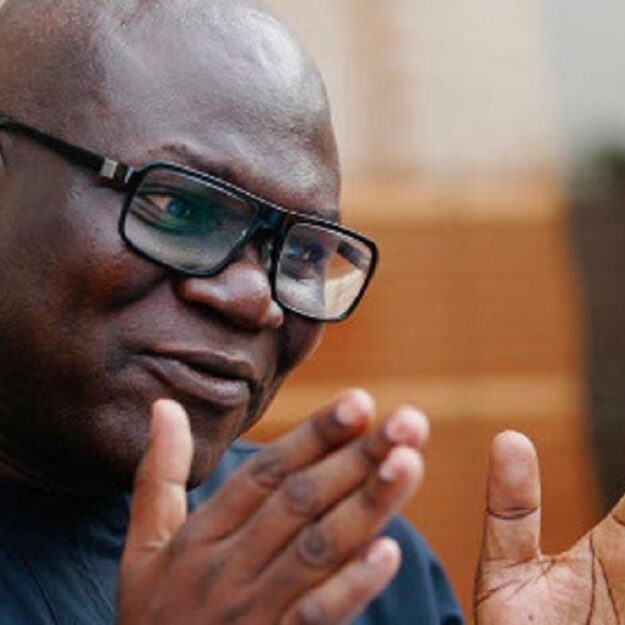 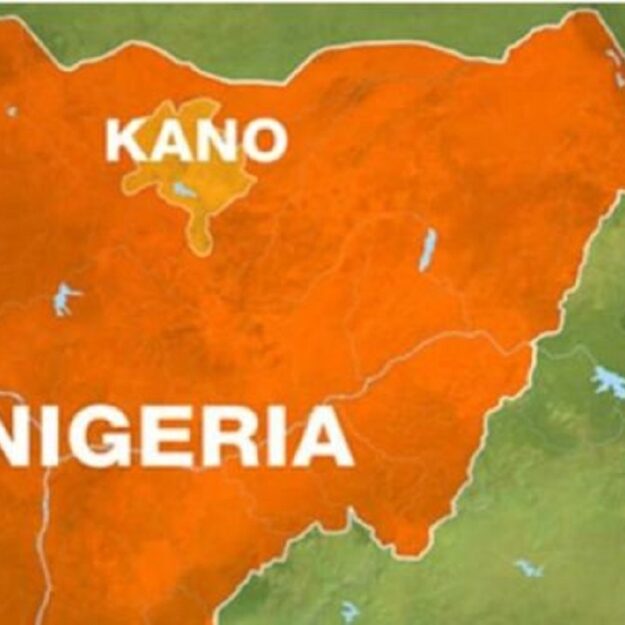 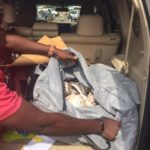 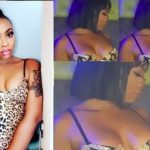 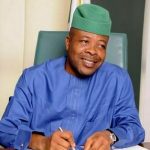 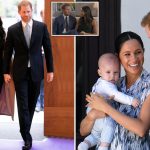 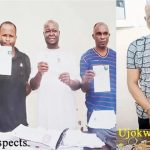