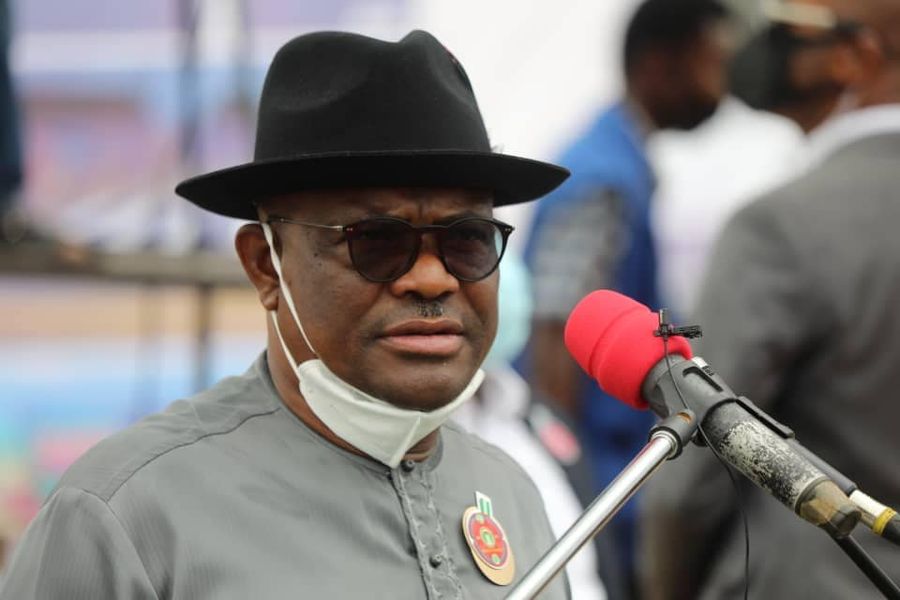 Speaking during the inauguration of the Trade Union Congress (TUC) building in Port Harcourt on Friday, Wike threatened to deal with Akpabio if he dared speak negatively about Rivers State.

Wike asserted that Akpabio had no authority to talk about his state, adding that Akpabio was behind a recent publication by militant groups asking the South-South to account for N55trn derivation money.

Wike said Akpabio carried himself like a god when he was a governor, wondering why he failed an ordinary senatorial election if he had performed in his previous position.

Wike said: “It is unfortunate I read what the former governor of Akwa Ibom State, Senator Akpabio said. I will tell him to talk less. We will tell him that when he was the governor he was acting like a king. There was money that time. The exchange rate was N150 per dollar. Today, it is N500 for a dollar.

“If he wants to talk he should concentrate in Akwa Ibom State or else we teach him a lesson here. Akpabio should know that enough is enough.

“If he should talk here I will teach him a lesson. I am not a sycophant and I am not an inconsistent person. I don’t give a damn. He cannot say he sees me in the villa.”

He added: “So, if he wants to talk let him concentrate on his state not to venture again talk about Rivers. If he does it again, he will regret. I am not one of those governors he can turn around. I am not that kind of person. People should say what they practice.

“I will show you a video where the President said they should come and learn from me what we are doing here. People forget they just come out and talk anyhow.

“He (Akpabio) went and asked so-called South-South militants that we should render account of N55trilion naira. Where did he get the N55trilion from?

“If we got N55trn then he got N200trn. You came to commission a project you can’t ask the governors when is suitable for them. Later they said they boycotted the programme. Boycotted what?

“You promised you were going to partner with me when we were doing the Eastern bypass but you ran away and now you are enjoying it. Akpabio be careful.

“Don’t go and pay money to people to type propaganda against governors. You will suffer for it at the end of the day.

“We know what Akpabio was doing as a Governor. He saw himself as god then. Now he has the temerity to insult South-South governors. We will meet one day. If he did well, why did he fail his senatorial election?

“You will finish from Abuja and you will come here. When you were begging governors to come and talk on your behalf. Now you are fighting us. I will abuse you back at the appropriate time. I am only making introduction today. What I will do be prepared.

“Now you have gone to look for trouble, I will give you trouble. You will never sleep again. This is why Nigeria cannot move forward. You ran to the other party for protection.

“The same party that say they are fighting corruption. You can just say anything. Abuse governors. Don’t dare me”.