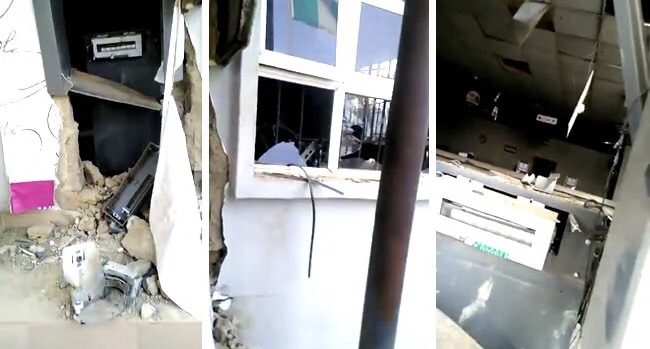 A group of armed robbers have attacked a commercial bank in Okuku in Osun State in south-west Nigeria.

The gunmen were said to have attacked the Wema bank branch in Okuku, a city located between Osun and Kwara States.

Channels Television gathered that the incident occurred on Thursday in Odo Otin Local Government Area of the state.

She noted said the Commissioner of Police in Osun, Wale Olokode, has led a team of operatives to the scene of the incident for possible arrest of the armed robbers.

While it has to be ascertained if anybody was killed or injured during the attack, Opalola promised to provide more updates on the robbery.

A Twitter user simply identified as @AjiOpeyemi, shared a video capturing the aftermath of the incident on her handle.

She noted that two persons were feared killed, but the police have yet to confirm if there was any casualty as a result of the robbery.