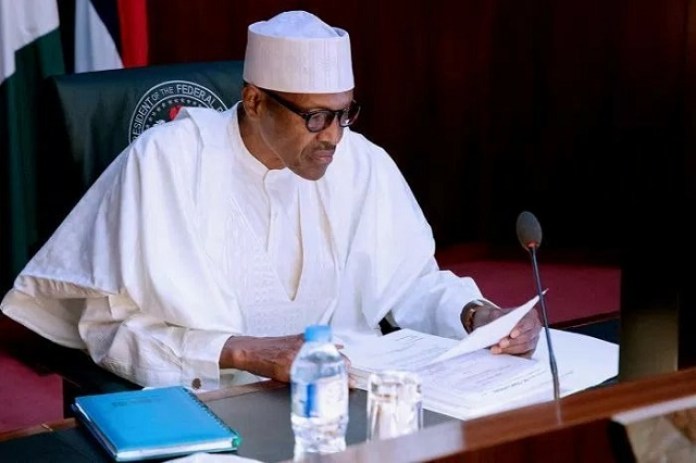 It was deliberated seriously by the federal government of Nigeria, declaring that it won’t engage foreign mercenaries in dealing with Boko Haram terrorists, bandits and other criminals.

The National Security Adviser (NSA), Major General Babagana Monguno (Rtd) revealed the stand of the government on Thursday during the weekly ministerial briefing at the State House in Abuja.

According to Monguno, employing foreign mercenaries is not one of the options being considered by the Muhammadu Buhari administration.

He noted that rather, more troops will be deployed and empowered to totally eliminate the criminals.

“The President’s view and directive is that we will not engage mercenaries when we have our own people to deal with these problems. We have the personnel and resources, and the President has given a new lease of life to the Armed Forces,” he said.

As earlier reported by Naija News, Monguno also reiterated the earlier decision of the federal government not to negotiate with bandits and Boko Haram insurgents terrorizing the country.

Monguno said the government would rather use different kinetic forces to flush out the criminals out of their hideouts rather than engage in dialogue with the criminals from a point of weakness.

“While the government is not averse to talking, it must apply the necessary force because you can’t trust these people.

“Government wants to use military assets to eliminate them but if along the line, the come out, good. It paints the picture of weakness, incapacity,” Monguno said.

The declaration by the NSA is coming a few hours after the Nigerian Senate directed him to immediately deploy more security personnel to the South-West geopolitical zone.

It is reported in the news that the Senate gave the directive on Wednesday following the security challenges rocking the South-west region including banditry, herdsmen killings, amongst others.

The lawmakers noted that the directive was needed to avert a looming humanitarian crisis likely to occur as a result of the displacement of residents in Ogun State and other troubled states.

The Senate also charged the National Emergency Management Agency, the Ministry of Humanitarian Affairs and the Border Communities Development Agency to undertake an ‘on-the-spot’ assessment of the affected communities with a view to determining the extent of the problem and providing relief to the affected persons.

These formed part of resolutions reached by the Senate after it considered two separate motions on the displacement of residents following the invasion of their communities by bandits and suspected herdsmen.