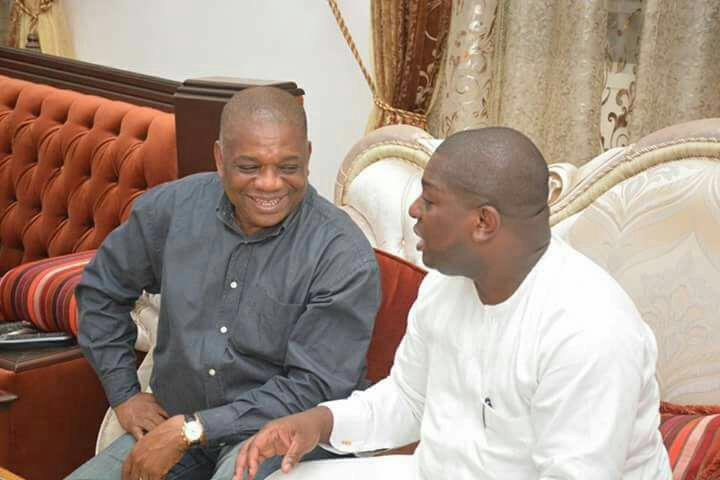 Mascot, the younger brother of Senator Orji Uzor-Kalu, has emerged the candidate of the All Progressives Congress (APC) for the March 27th Aba North/Aba South Federal Constituency by-election.

The Constituency seat was declared vacant after the death of Hon. Prestige Ossy of the All Progressives Grand Alliance (APGA).

The APC had organised a primary election, on Tuesday, ahead of the March 27 exercise.

He was declared the winner of the election, with a total of 47,225 votes from the two Local Government Areas that make up the Aba North/Aba South Federal Constituency.

The Chairman urged Mascot to embrace all the stakeholders in order to unite the party and win the main election on March 27.

Responding, Mascot expressed gratitude to the members of the party and assured them that he will work with all the stakeholders to move the party for victory.

He said, “I feel good I feel happy and I appreciate all those who voted. We’ve built this party. It’s stronger than what it was in 2019 and we’ll continue to build this party. We believe that this time around, we’ll win.

“I urge our people to come together and let’s work as family to build Aba South and Aba North Federal Constituency.

“Let’s embrace one another because the future is bright. The APC family will work together. I’ll reach everyone to make sure we achieve that.”

Describing the late Prestige Ossy as a good man, he said he would love to take up from where Ossy stopped.

“May his soul rest in peace. I’ve extended my condolences to his family about his demise and I have a great respect for them.

“I assure the people of this Federal Constituency that whatever is due to them must come to them when I get there.

“We know the problem of this Federal Constituency and we’ll push those problems out there. I see myself winning the election by God’s grace,” he said.