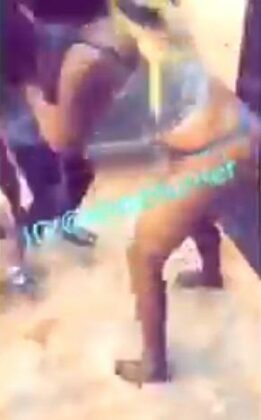 A dramatic video has caught the moment two students engaged in a serious fight over a sugar daddy.

The female University students were allegedly fighting over their older lover, a sugar daddy who sponsors their luxury lifestyle.

A fight ensued between them after one found out about the other.

The two female student discovered that they were both in a relationship with the same man and this led to a physical battle.

In the viral video the ladies fought without boundaries as they also ripped each other’s clothes off while a man struggled to separate them.