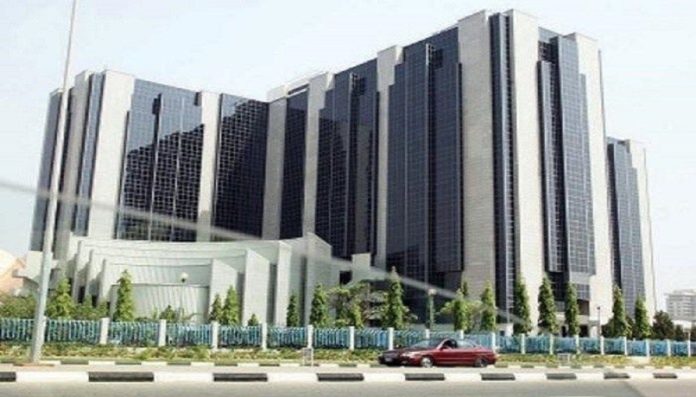 Socio-Economic Rights and Accountability Project (SERAP) has urged President Muhammadu Buhari to “provide spending details of the overdrafts and loans obtained from the Central Bank of Nigeria (CBN) by the Federal Government since May 29, 2015 including the total overdrafts, the projects on which the overdrafts have been spent; repayment of all overdrafts to date, as well as to clarify whether the $25bn (N9.7trn) overdraft reportedly obtained from the CBN is within the five-percent limit of the actual revenue of the government for 2020.”

The organization is also urging him to “provide details of spending of overdrafts and loans obtained from the CBN by successive governments between 1999 and 2015.”

In the Freedom of Information request dated 6 March, 2021 and signed by SERAP deputy director Kolawole Oluwadare, the organization said: “Ensuring transparency and accountability in the spending of CBN overdrafts and loans would promote prudence in debt management, reduce any risks of corruption and mismanagement, and help the government to avoid the pitfalls of excessive debt.”

SERAP said: “Disclosing details of CBN overdrafts and repayments would enable Nigerians to hold the government to account for its fiscal management and ensure that public funds are not diverted, thereby improving the ability of your government to effectively respond to the COVID-19 crisis. This means that the government would not have to choose between saving lives or making debt payments.”

According to SERAP, “The increasing level of public debt would threaten the ability of the government to invest in essential public goods and services, such as quality education, healthcare, and clean water. It is the primary responsibility of the government to ensure public access to these services in order to lift millions of Nigerians out of poverty and to achieve the Sustainable Development Goals by 2030.”

The FoI, read in part: “The growing level of public debt would increase debt-servicing costs, which would mean that your government has less resources to spend on these critical public services.”

“We would be grateful if the requested information is provided to us within 14 days of the receipt and/or publication of this letter. If we have not heard from you by then, the Incorporated Trustees of SERAP shall take all appropriate legal actions to compel your government to comply with our request.”

“SERAP is concerned about the growing level of debts by the Federal Government, and the apparent lack of transparency and accountability in the spending of overdrafts and loans so far obtained from the CBN, as well as the repayments to date.”

“While section 38(1) of the CBN Act allows the Bank to grant overdrafts to the Federal Government to address any temporary deficiency of budget revenue, sub-section 2 provides that any outstanding overdraft ‘shall not exceed five-percent of the previous year’s actual revenue of the Federal Government.’ Similarly, Section 38(3) requires all overdrafts to ‘be repaid as soon as possible and by the end of the financial year in which the overdrafts are granted.’”

“The CBN is prohibited from granting any further overdrafts until all outstanding overdrafts have been fully repaid. Under the CBN Act, ‘no repayment shall take the form of a promising note or such other promise to pay at a future date, treasury bills, bonds or other forms of security which is required to be underwritten by the Bank.’”

“Similarly, the Fiscal Responsibility Act provides in section 41 that government ‘shall only borrow for capital expenditure and human development.’ Under the Act, the government ‘shall ensure that the level of public debt as a proportion of national income is held at a sustainable level.’”

“Section 44 of the Act requires the government to specify the purpose of any borrowing, which must be applied towards capital expenditures, and to carry out cost-benefit analysis, including the economic and social benefits of any borrowing. Any borrowing should serve the public good, and be guided by human rights principles.”

“By the combined reading of the provisions of the Constitution of Nigeria 1999 (as amended), the Freedom of Information Act, UN Convention against Corruption, the International Covenant on Economic, Social and Cultural Rights, and the African Charter on Human and Peoples’ Rights, there are transparency obligations imposed on your government to disclose information to the public concerning spending of CBN overdrafts, loans and repayments to date.”

“The Nigerian Constitution, Freedom of Information Act, and these treaties rest on the principle that citizens should have access to information regarding their government’s activities.”

“SERAP has consistently recommended to the Federal Government to reduce its level of borrowing and to look at other options of how to finance its budget, such as reducing the costs of governance, and addressing systemic and widespread corruption in ministries, departments and agencies (MDAs) that have been documented by the Office of the Auditor-General of the Federation.”

“Our requests are brought in the public interest, and in keeping with the requirements of the Nigerian Constitution; the Freedom of Information Act; the Fiscal Responsibility Act; the Central Bank Act; the Debt Management Office Act; and the country’s international obligations including under the UN Convention against Corruption; the International Covenant on Economic, Social and Cultural Rights, and the African Charter on Human and Peoples’ Rights. Nigeria has ratified these treaties.”

“According to our information, your government has reportedly recently obtained $25 billion from the CBN as overdrafts. The Federal Government has also reportedly decided to convert the overdrafts to long-term debt. This latest borrowing from the CBN is in addition to reported over $20 billion external debt, and N7 trillion domestic debt.”

The letter is copied to Mr Abukabar Malami, SAN, Attorney General of the Federation and Minister of Justice; Mrs Zainab Ahmed, Minister of Finance, Budget and National Planning; Godwin Emefiele, the Governor of CBN; and Ms Patience Oniha, Director-General of the Debt Management Office.