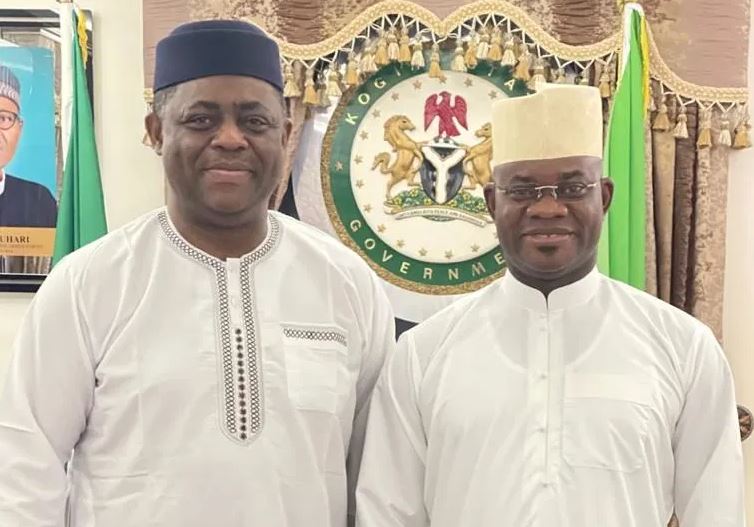 Yahaya Bello Explains Why FFK Did Not Join APC

Yahaya Bello of Kogi State has disclosed why former Minister of Aviation, Femi Fani-Kayode did not leave the People’s Democratic Party for the All Progressive Party, APC.

He spoke on Politics Today, Channels Television programme monitored by The Nation,

It was reported that Yahaya Bello, in a two minutes video, claimed the former minister had dumped the PDP for the APC.

However, Fani-Kayode refuted reports that he had dumped the PDP for APC, he said the meeting with the two governors was not defection-related.

Bello said, “Myself and Chief Fani-Kayode are brothers and we are partnering in ensuring there is peace and tranquility across the country.

“The Chief Femi Fani-Kayode that everybody knows by the time he met me, I think he had a rethink of what life is all about and what Nigeria is all about, and you can see the mix so far, we are able to broker peace between the Amalgamated Union of Traders and our other aggrieved brothers.