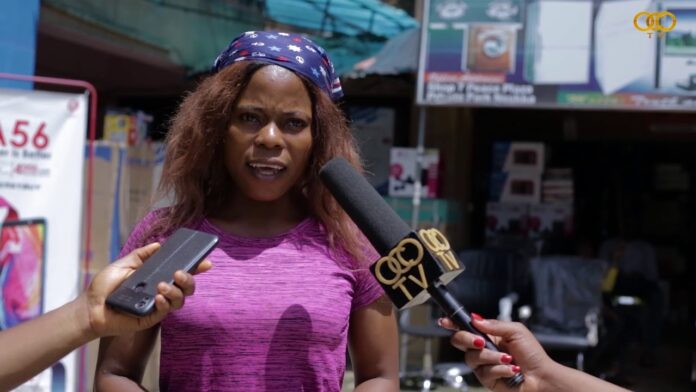 The Traders at Ogige Nsukka Market in Enugu State, who were arrested and incarcerated in Nsukka Custodial Centre over an alleged shooting of the Chairman of the market, Dr Ngozi Ozioko in September 2020, have cried out for justice after regained their freedom.

The traders, Louis Okezie, Damian Ugwuanyi and Emmanuel Asogwa, who spoke to one of our correspondent said that an Enugu Magistrate Court discharged and acquitted for lack evidence to substantiate the charge.

The accused traders were earlier released on bail by Nsukka High Court division after they were arraigned and remanded in custody by the Enugu Magistrate Court for over two months, before their counsel, Ike Maximum Ugwuoke secured their bails.

While expressing their appreciation to everyone who stood by them and defended their innocence during their two months torturous journey in the custody, they regretted that their woos was politically engineered by the said Dr Mrs Ozioko in her desperate bid to secure a second term as Chairman of the market Traders Association.

They insisted that contrary to the accusations against them,  information had emerged that she was shot by accidental discharge from her security details who accompanied her to the coronation ceremony of one of her executive members at Edeoballa Community in Nsukka but, instead twisted the facts to get at them.

They noted that Ozioke was hounding them because she sees them as obstacles to her second term bid in the Association’s election slated to hold few months to the incident, using the Nigeria Police as the machinery to achieve her target.

They revealed that their arrest was engineered by the said Dr Mrs Ozioko as a pay back for their protest against her around 2016, at the wake of her first tenure as the Chairman of the Ogige Market Traders Association.

“We had staged a peaceful protest against her for some of her anti-trader policies like increasing of the market traders’ electricity bill etc, to the Nsukka Police Station and to the Local government Chairman’s office.

The issue was later resolved with the intervention of the Catholic Bishop of Nsukka.  Since after the said protest, she had earmarked  us as her enemy and started looking for every means to make us pay dearly for our involvement in the said protest.” they revealed.

Recounting his woos, one of the Traders, Louis Okezie Attah, “My wife just died recently leaving our four little children to my care as a single father. One of my children is a neurological patient who had undergone three neurological surgeries at Menfys Hospital Enugu and was placed on bi weekly regular visit to the hospital for medical checkup.  We missed his medical follows throughout the two months I was in detention and now his situation has worsen, and there are indications that  his situation might require another surgery.

“This is a big cost on us. It also affected my business, I deal on products that have expiring dates, and I  incurred great loss on those goods that expired during the time I was in custody. I run my business on loans of millions of naira with which I took from certain sources. I defaulted in so many areas in the repayment during the period and this is costing me a lot now.

“I was intimidated to the point that right now I am having am yet to recover from the shock which I have continued to experience as a kind of phobia. I was still morning my late wife at the time I was arrested, it was my neighbors that went to my children’s school to rescue my children after my arrest. My character was assassinated, people were meant to believe that I am a common criminal, it was such a terrible experience I don’t like recounting.

Another trader, Damian Ugwuanyi  recounting his losses said “Before the incident, I went for a thorough check up at Bishop Shonahan hospital Nsukka and it was diagnosed  that my prostrate was minimally enlarged that time. So I started the treatment and it was subsiding, I was about to complete the treatment when  the incident happened and I was arrested. Now that I am out of detention, the prostrate has gone bad and the treatment had to be started afresh.

‘That is not all my type of business is Jewry line. We used to buy our stocks during August and September, if you fail to buy at that time, once the white people close for the year after then, the prices will triple. I couldn’t restock my business then and it is affecting me now.

It took me about 30 years to build my reputation, women were my major customers because they often use jewelries. That accusation against me chased away all my customers. They now run away from me as if they have seen a ghost or murderer.

During the period of my detention, some traders in my line started my line of business thinking I would not come out again, they have taken away all my customers and I am considering relocation. I am a single father, I returned from prisons to see my family shattered.  I was a former chairman of the market traders association and well known in the market.  The approach of my arrest with the other traders was wrong. About 10 armed police men came into the market to arrest us.

They even came with some armed military men who parked their vehicles at strategic points of the market as if we are terrorist or notorious armed robbers. They should have invited us to the station knowing that we are traders in the market and cannot run away. To come and arrest me in that manner in the same market where I have been the chairman was embarrassing.

Emmanuel Asogwa who was also among those arrested and detained over the incident decried how the incident which made people to label him a murderer has tarnished his image in the market  and before his kins and customers.

He insisted that to confirm that his arrest with his co-traders  was politically engineered, the election of the Traders Association which produced the said Dr Mrs Ozioko as the Chairman for her second tenure was hurriedly fixed about the time they were to be released from detention, the purpose of our arrest and detention having been accomplished.