Nigerians have reacted to the order given by President Muhammadu Buhari, directing security agencies to shoot anyone seen with AK-47 on sight.

The presidential spokesperson, Garba Shehu, disclosed this in an interview with the BBC on Wednesday.

He said the President has embarked on a crackdown on bandits who have refused to surrender.

“The president has ordered security forces to go into the bushes and shoot whoever they see with sophisticated weapons like AK-47,” Shehu said.

“He ordered that whoever is seen with terrible weapons at all should be shot immediately.”

In reaction to this directive, many Nigerians flooded Facebook with comments, with some saying the President had finally woken up after things had gone bad.

Others alleged that the order was sentimentally aimed at the Southerners like Yoruba activist, Sunday Igboho, who have resolved to be defending themselves after enduring years of atrocities allegedly committed by killer Fulani herders.

Igboho had earlier this year given Fulani herdsmen in the Ibarapa area, Oyo State seven days to leave the area, blaming them and their leaders for killings and kidnappings there.

Last week, there was a failed attempt to arrest Igboho along the Lagos–Ibadan Expressway, while on his way to Lagos to attend a meeting.

For instance, on Facebook, Okwuchukwu Nwaobi said, “Is it because the husband has denied his wife? He has finally been sold in the market. Other tribes have started using AK47, presidency now bans AK47 as if they’re the ones manufacturing it. For decades people were complaining of Fulani herdsmen terrorising farmers, presidency kept deaf ears. My advice to everybody is, if you can afford one, buy, days are evil.”

“You are so predictable,” said Arthur Ceecee Nwachukwu. “Guns are no longer only in Fulani people’s hands, now you want innocent Nigerians defending themselves to be shot, God will judge those people making decisions on your behalf.”

“Giving order after the damage had been done. The government is culpable in the whole mess and that is why they allowed it to fester too much,” Taiwo Lukman reacted.

Olalekan Fanda said, “See order o, simply because Igboho said everybody in the South should go and get guns too. There’s no how this country called Nigeria can survive; it’s too late.”

SulaimanLawal said, “Your words mean nothing as your words do not command respect again. Watch how security personnel will still protect the herdsmen.”

“The problem is that we don’t follow rule of law,” Samuel D. Wodi commented. “From the criminal to the President is the same. It is not the function of the President to give such an order. There must be a law in Nigeria against the illegal possession of guns. Let the law enforcement agents and the court do their work properly. A president cannot just give the order to kill anybody with a gun. That is madness. It shouldn’t be like that. We have to wise up and be civilised. The situation is out of hand because the police and courts don’t do their work properly. It is also time to let each state have its own Police. Probably they will function better when they are under the watch of state governments.”

“Why can’t he come out and address the nation, if the directives come directly from him and broadcast on all the national radio and TV channels?” Vic Clara Adeniyi questioned. “Then people like our honourable Cleric Gumi will not come on social media and accuse the Southerners of shooting the bandits or Boko Haram or Fulani herdsmen.”

Bernard Anetor said, “Nonsense! A dead man can’t respond talkless giving order to the living. Wake up people and stop being fooled into thinking there is a President in the Aso Rock.”

However, some Nigerians lauded the President’s directive, describing it as a good one capable of curbing insecurity in the country.

Shamsuddeen Abdulmajid Daura said, “The last time President Muhammadu Buhari gave a similar matching order was during the 2019 elections against ballot box snatchers. And, immediately after that order, most would-be snatchers were nowhere to be found. Hopefully, this recent order will eventually yield a lasting solution to this criminality bedevilling the northern part of the country.”

“This is a very welcome directive that should be extended to all parts of the country. No one is allowed by law whatsoever to bear arms. However, security agents must ensure that only culprits are targeted. Very welcome directive once again,” Nwabundu Jude Osondu said.

“I don’t know your problems with this order,” Kabir MK Yola told Buhari’s critics. “You said Fulani are using AK47s to kill people and that the President folds his hands and does nothing. Now, he gave a direct order to shoot anyone with AK47 on sight, you are saying ‘no’. Your hypocrisy will take you to the afterlife.” 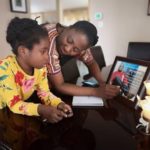 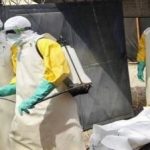