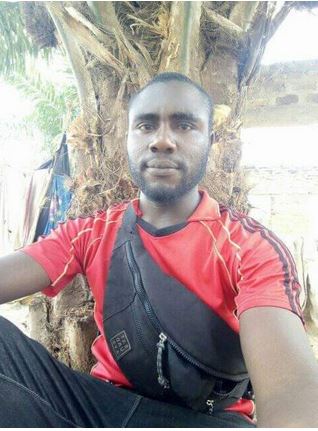 Suspected cultists have shot a young man identified as Terfa Adams a.k.a Adams T, at a market in Makurdi, the Benue State capital.

The incident happened at the village section of the Modern Market around 10:45 am on Tuesday, March 2, when the traders were displaying their wares.

According to a trader who spoke to newsmen in Makurdi, the two assailants came to the area on a motorcycle and attacked the deceased who also on a motorcycle.

The deceased was trying to alight from his motorcycle when the two men moved close to him and shot him.

“The moment traders heard gunshots, there was pandemonium, everybody ran for safety. No one could move closer as the gunmen took their time to kill the young man. He attempted standing up to run but the gunmen rushed him with stones and tyre wheel and hit him.” the witness narrated.

He said when the killers were sure that he died, they then left him on the ground and walked away through a section of the market unchallenged.

The traders at the market quickly closed their stores for about an hour until policemen from the D-Division came and evacuated the victim’s corpse and motorcycle from the scene.

Spokesperson of the State Police Command, DSP Catherine Anene, who confirmed the incident in a statement said the victim was trailed to the market by the assailants.

“On 2/3/2021 at about 1 am, information was received at ‘D’ Police  Division Makurdi that a young man was trailed and hit on the head by unknown men.  The victim was taken to hospital where he was confirmed dead,” she said.

“The corpse has been deposited at the hospital morge while investigation is in progress.The command commiserates with friends and family of the deceased and assures them of investigation to bring to book the perpetrators of this gruesome act.” 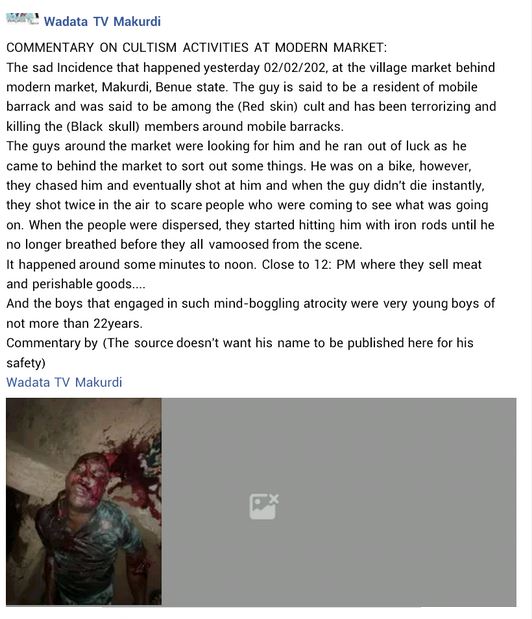