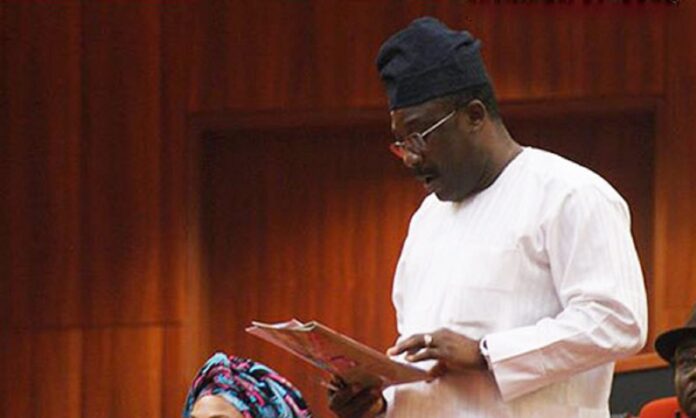 For veteran media practitioners familiar with the manic depressive, disposition of Smart Adeyemi, the visuals of his bohemian theatrics on the Senate chamber, did not come as surprise. All his career, and in engagements both in  private and official capacities, he is always been a manifest poster boy of adult delinquency. He is probably one of the reasons why the Federal government restricted the use of Codeine and Tramadol tablets.

Here is a country bumpkin from the backwaters of Iyara Town, in Ijumu Local Government, of Kogi State that cannot be geo-tracked or charted on the GPS running his mouth against a top drawer achieving Governor Okkezie Ikpeazu. As a three term Senator representing Kogi West Senatorial District, comprising of Ijumu, Mopa Amuro,Yagba West, Yagba East, Lokoja and Koton Karfi LGAs there are no palpable footprints of development he has attracted as dividends of democracy to his constituents for close to 12 years, yet he had the effrontery to pooh pooh and unleash verbiage on a performing Governor Okezie Ikpeazu.

His career trajectory, tracked from the heady days as a down market photographer, through his brown enveloping shenanigans at NTA Ilorin in the nineties all represented the unacceptable faces of journalism. He became notorious for groping and sexually harassing vulnerable members of the weaker sex. Not to talk of the financial bad odour oozing out from his sleight of hand, purloining of funds under his watch as the NUJ chapel chairman, NTA Ilorin and Kwarra State Council. Because  of the axiom of “dogs don’t eat dogs’’ {a metaphor for esprit d’e corp} his media colleagues shied away from disemboweling him.

He wangled his way into the NUJ national leadership vide the moral support of an Abia born veteran unionist, who leveraged him with a wide elbow room in spite of stiff resistance from better qualified, seasoned and educated journalists  who were his intellectual superiors and unblemished.

Rather than deploying his elevated position to acquire clout, and the art of savvy comportment, he degenerated from the sublime to the ridiculous in the manner of a mobster who operated at the level of a pick pocket.

Things came to a tipping point  in 2003, when the Federal Ministry of Information in order to enthrone good governance, organized tours alongside journalists from various media houses to inspect the progress of work on the projects executed by the different agencies of the federal and the state governments. The focus  of the tour was for the media to evaluate the performance of elected public officials at all the strata of governance.

Conventionally the media are a critical link in the accountability chain between the government and the governed. But this time, huckster Adeyemi had other designs as the whole process was reduced to a transactional bazaar where governors in states and jurisdictions with very deep pockets, willing to grease palms were awarded marks  and high octane bogus assessments. It was a slur that vicariously cast a dirty dig at the media profession. Smart Adeyemi could not, be bothered as integrity  was a lexicon alien to him- a certified sociopath. He had made his pile of cash which lubricated his first outing at the Senate that ended in unmitigated disaster. He could not attract a a single project to his constituents. His OKUN ethnic nationality people were thoroughly disillusioned that so much so Adeyemi was branded useless. From Aiyetoro Gbede where he promised to build lock up shops, to Kabba where he covenanted them of a stadium and Isanlu –Egbe where he agreed to sink boreholes, they all turned out to be hocus pocus. Rather he built himself a hotel at Ilorin where he engaged in hedonism.

We hasten to add that it is within his rights to luxuriate and roll in  the lap of whatever indiscretion that attracts his fancy, but when he crosses the red line by sullying the person and office of the Governor of Abia State, Dr. Okezie Ikpeazu, with choleric and irascible allegations of inebriation, the dumb, Adeyemi has opted to dance naked in the village square, we are obliged to beat the drums for him. It will will be in his own enlightened self interest to recant with an apology otherwise  more salacious revelations will be his comeuppance. 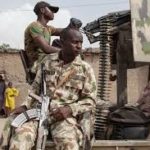 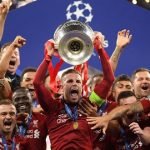 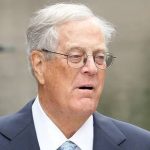 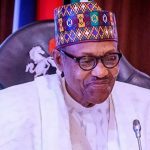