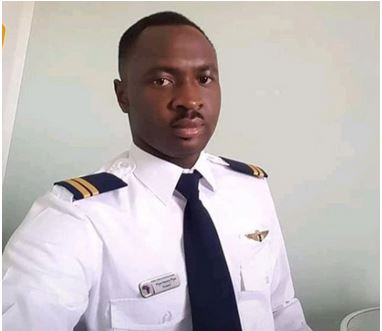 The identity of the co-pilot of the military aircraft that crashed in Abuja earlier in the day has been revealed.

According to reports, his name is Flight Lieutenant Piyo Piyo and he was on-board the ill-fated flight that ended his life.

He and six others sadly died in the ill-fated crash.