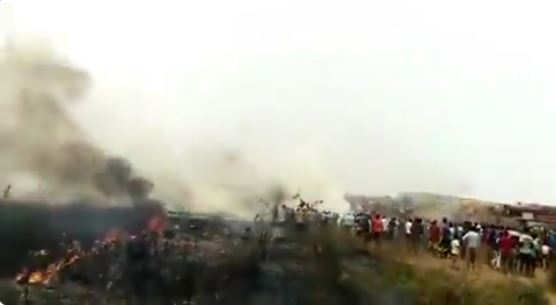 Scene of the sad incident

Nigerians were thrown in shock when a Nigerian Air Force, a B350 aircraft marked NAF201 crashed in Abuja today.

The plane reportedly crashed on the final approach into Abuja airport.

According to the Aviation Minister, Mr. Hadi Sirika, the ill-fated aircraft departed Abuja at 10:33UTC with six persons on board including two crew members.

Videos from the scene of the crash have emerged. Watch below: