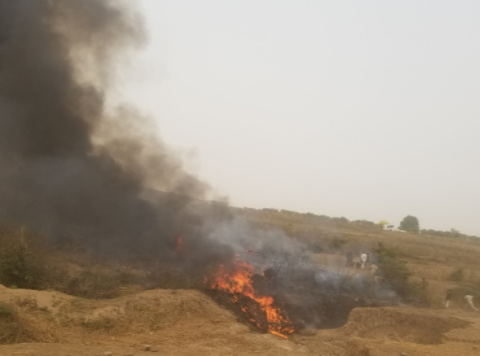 Six persons onboard a military aircraft have been feared killed after the plane crash landed in Abuja.

The aircraft, a NAF201 B350, was said to be Minna, Niger State bound when it developed engine problem around 10:39am.

It was said to have crash landed at the final approach path of the Nnamdi Azikiwe International Airport runway 22 around 10:48am and immediately gutted fire.

‘’It appears to be fatal. We should remain calm & wait for the outcome of investigation by the military, while we pray for the departed soul/souls if any.”

At the time of this report, the Nigerian Air Force (NAF) was yet to comment on the accident.