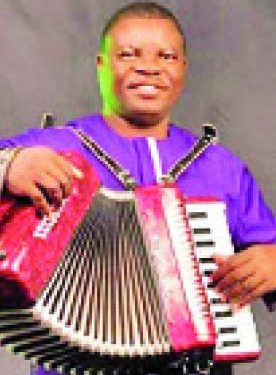 I Was Poisoned And Shot At Several Times But… – Gospel Musician, Evang. Ojo Ade Tells His Story

In this chat, the Osun State-born singer speaks on his rough beginning, stardom and how he survived many tragic incidents.

Tell us briefly about your background

My name is Isaac Ojo Adegunna. I am from Ikeji Ile in Osun State. Due to circumstances of rural background and the economic situation then, my education was limited to what my peasant parents could afford. It was because of this that I came to Lagos to stay with my mother’s brother. In Lagos, I was apprenticed for three years as an electrical/electronics technician.

As an apprentice, did you have anything to do with music?

I came to Lagos in 1975, but before then, I had started to exhibit my musical gift. Since when I was 12, I had been a choir member at St. Jude’s Anglican Church, Ikeji Ile. I used to compose songs and teach others even at that young age. While undergoing apprenticeship as an electrician under Mr. Ajani popularly known as Mighty Joe in Ogba area of Lagos, I continued to horne my musical gift as a chorister at New Apostolic Church, Orile Agege (now New Creation Church). I was in the church choir for fifteen years.

Okay, at what point did you form your own gospel band?

While being a choir member, I formed my first music group called The Redemption Gospel Singers. It was with this group that I recorded my first album, Okan Eniyan (Heart of Man). Because of my gift, the church allowed me to perform for the congregation after Sunday school, as a solo artiste.

Did the album, Heart of Man mark the beginning of your gospel music career?

No. After the first album, some incidents happened that almost made me to abandon gospel music. To make ends meet, I took to working at Nigerian Textile Mills (NTM), Ikeja for about five years.

The accordion has become your trademark instrument, how did you come about it?

Around 1979, I went to see a senior friend at Agege in Lagos and there I saw an accordion on his table. I looked at it and it just occurred to me that I could play it. I asked the man to borrow me the accordion and he agreed. That was how I took it home and started teaching myself how to play it. Gradually, I picked up the notes and tunes, and some weeks later, I had started playing it very well. The man who gave me the accordion was very surprised at my mastery. He started comparing me with Pastor Shola Rotimi, one of our fathers in gospel music, who was also a master accordion player. He later introduced me to him at Ibadan.

What came next after the release of Heart of Man?

I later released Jesu Tofunmi (Jesus is Enough For Me) on Ogunsola Happy Records’ label located at Ebute-Meta, Lagos. This was in 1981. The record was almost a failure. The lyrics were woven around Christmas and New Year but the album was not released until February of 1982. In 1983, after much struggle, I released another album titled, Satani Kosimi (Satan is Not Resting). But record labels at that time rejected it, so I became the sole distributor and marketer of the album. I did everything to push the album with my meager financial resources.

Were you not discouraged to continue singing? What then kept you going?

Along the line of struggling to survive, it dawned on me that this was not just a talent showcase or gift at work, but the fulfilling of a ministry. Despite the ups and downs, I found it difficult to turn back. This led to my working in Nigerian Textile Mills, Ikeja, Lagos. You need courage, holiness and perseverance to run a ministry. Running a godly ministry is akin to directly facing Satan who would do everything to stop, hinder or destroy you or the ministry if you are not spiritually stubborn. This is why most musicians who started from the church ended up singing worldly music.

Which of your records opened the floodgate of success for you?

It was the one I released in 1987 titled, Ojo Ola Mi Adara (My Tomorrow Shall Be Well). All the songs in the album bore testimonies to the fire and thunder I went through in the pursuit of my ministry. The songs were composed out of the challenging situations I was passing through. Altogether, I spent N2, 000 on the recording of the album. Initially, I wanted to sell the complete master tape to Gospel Choral Records but the company discouraged me from doing it. Rather, they asked me to print some jackets and bring them along with some copies of the album, which I did. Honestly, I was not expecting anything unusual based on my former experiences, but some weeks later, I was invited to their office and they gave me a sum of N3, 600. I couldn’t believe it. To me, the money was like N1 million. Ever since then, all my records became widely accepted and till today, that particular album is still selling.

It was reported that you once worked with Prophet Abiara of Christ Apostolic Church, Agbala Itura. Could you shed more light on this?

I was never part of Prophet Abiara’s ministerial team. What happened was that in 1984, I was on Ariya, a television programme at Ibadan where the Prophet saw me and got interested in my style of music. This led to my regular appearances at his crusades. At a time, he asked me to be a full time member of his team, and start ministering only in churches. But today, I pastor a church and most of my ministrations take place at crusades and revivals.

You are an evangelist, how were you able to transit into a pastor?

Like I said earlier, it was never my intention to establish a church. the Holy Spirit led me into it. Since I am a servant, I obeyed. So, I attended Bible Calvary International College, Ibadan for two years. With this, I got inspired into pastoral ministry. As God would have it, it never interfered with my music ministry. I have pastors working with me in the daily operation of the church, Christ’s Gift Revival Ministry (CGRM).

I started with members of my band and a few people totaling about 21. God has since expanded our coast that we now have our own (church) building and branches outside Lagos.

What makes your gospel music different from others?

I believe it is my songs. They are inspired by my preaching, counseling, prayers and studying of the bible. I do not compose songs to please anyone or for commercial value. I am not just a singer but also a minister of God, using music as my channel.

How would you describe your kind of music?

Where you don’t minister to teach, correct and rebuke, but all you do is to make people laugh and dance, you are not leading people to heaven. I play my own part by the type of music I play. This is why most Pentecostal churches do not like my ministration. They have chosen to condone all manners of characters, behaviours and lifestyles that the bible enjoins us to remove from our lives as Christians. As an example, go to many Pentecostal Churches today and see their mode of dressing, it will shock you! God, through my music, is telling heaven-bound believers to turn their backs to the world; you cannot serve God and mammon.

Are you saying that many gospel musicians of today have fallen short of expectation?

Many of them truly need to go back to their prayer altars to rekindle if they are truly called of God. Our calling is not for showmanship but to show Christ to the people. It’s not a money making project. If you truly follow God, He has a plan for your prosperity. There is nothing you do for God that He will not reward. The problem is that most gospel musicians and ministers of God are in a hurry. They can’t wait for God’s timing to be blessed; they want it now, which is against the principle and character of God. God is a God of time for all His purposes.

Does it mean you don’t perform in Pentecostal churches at all?

They hardly invite me for any of their programmes. Sometimes it comes once or twice in a year. No, it’s not because I sing more in Yoruba language; it is because the message in my music cannot go down well with their doctrine. It’s either I will sing to expose the pastor or the church doctrine and condemn many of their worldly ways. The pastors do not want to loose their members, saying ‘Ojo Ade’s music can scatter a church’ as I have heard them say many times.

Has there been any incident that jolted you since you started music?

I almost lost all some years ago at Jos, Plateau State. Also at Suleja, an accident led to a weapon-carrying mob threatening to destroy my life and that of my group (members). At Ilorin, the stage I was using almost became my deathbed. And one day on Saki-Ibadan road, I was shot at several times. Then, in a town in Ondo State, I was poisoned; the same thing also occurred at my own house. But all glory is to God who has been faithful.

They should beware of money and women. There is no way you won’t meet these two at every turning point of your life. Do not seek for fame or money as you set out, seek God first. Do all you can to have Him in the works. At the right time, you’ll be overwhelmed with money and fame. Up till now. I do not charge any church or ministry before I perform; I take whatever they give me.