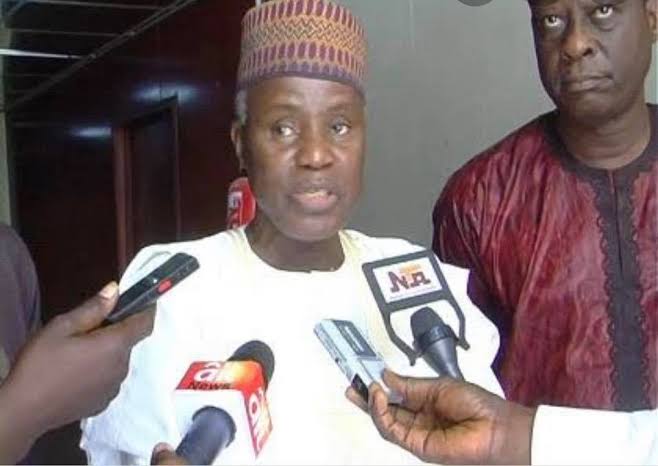 The Minister of Defence, Bashir Magashi, has advised Nigerians to defend themselves from armed bandits instead of showing cowardice in the face of attacks.

Magashi stated this while addressing journalists in a video that surfaced on social media on Wednesday, February 17, 2021.

According to him, it is the responsibility of every citizen to be alert and defend themselves against bandits terrorising their communities.

While urging Nigerians not to be cowards, Magashi said the operations of bandits are sometimes carried out with a few rounds of ammunition to cause fear among the citizens.

“It is the responsibility of everybody to keep alert and to find safety when necessary. But we shouldn’t be cowards.

“At times, the bandits will only come with about three rounds of ammunition, when they fire shots everybody runs. In our younger days, we stand to fight any aggression coming for us.

“I don’t know why people are running from minor things like that. They should stand and let these people know that even the villagers have the competency and capabilities to defend themselves.

“If these people (bandits) know that the people have the competence and capability to defend themselves, they will run away.

“Our own duty is to ensure that no Nigerian is hurt, and we are capable of protecting the integrity of this nation and we’ll continue to do it even though we are so stretched.”

When asked if Nigeria should permit citizens to carry arms, Magashi said, “Even in the developed countries, they are still debating on it, whether to continue or not. But I don’t advise Nigeria to start issuing firearms for personal use.”

Minister of Defence : Don’t be a coward, stay and fight the bandits pic.twitter.com/Dx2St8DEAj

Magashi’s remarks comes after bandits struck at the Government Science College, Kagara, Niger state, where they abducted many schoolchildren.