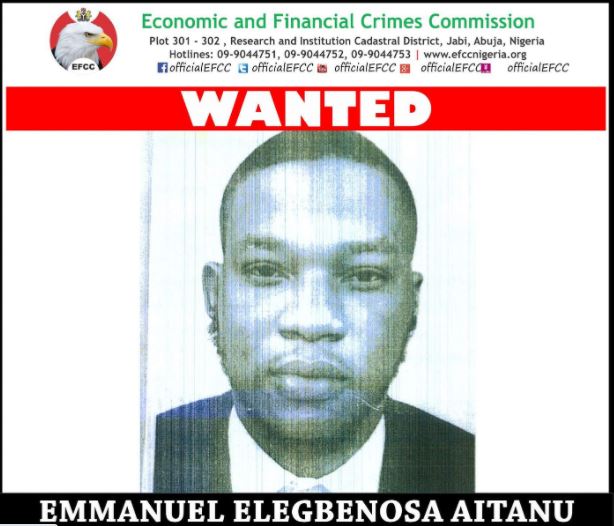 A man identified as Emmanuel Elegbenosa Aitanu has been declared wanted by the Economic and Financial Crimes Commissions Commission (EFCC).

The man was declared wanted for Business Email Compromise and Internet-related Offences.

The Antigraft agency issued the declaration via its Facebook page, stating Mr. Emmanuel is an indigene of Esan South Local Government in Edo State.

According to EFCC, his last known address is B4, Brown Stone Estate, Ikate, Elegushi, Lagos State. 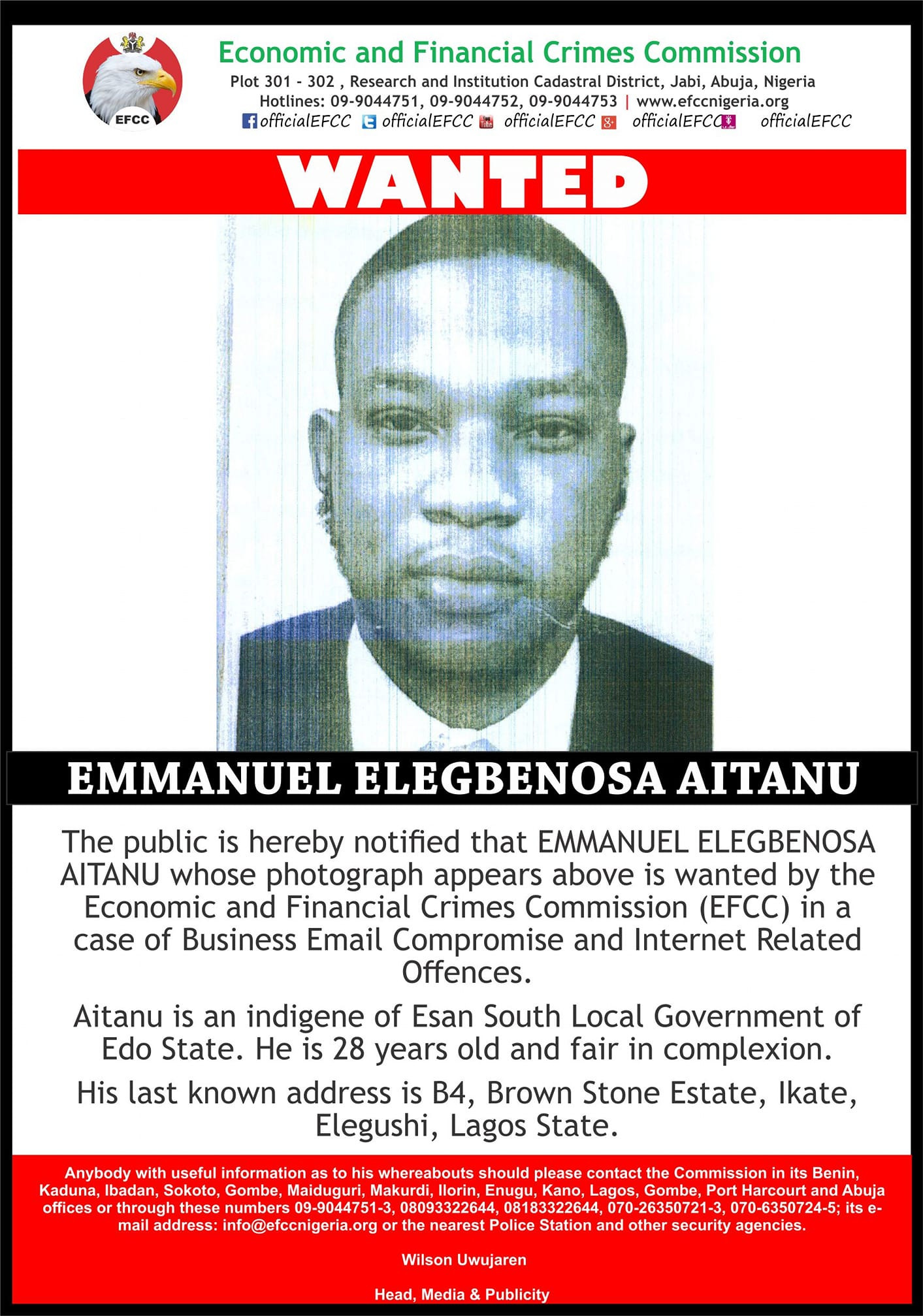