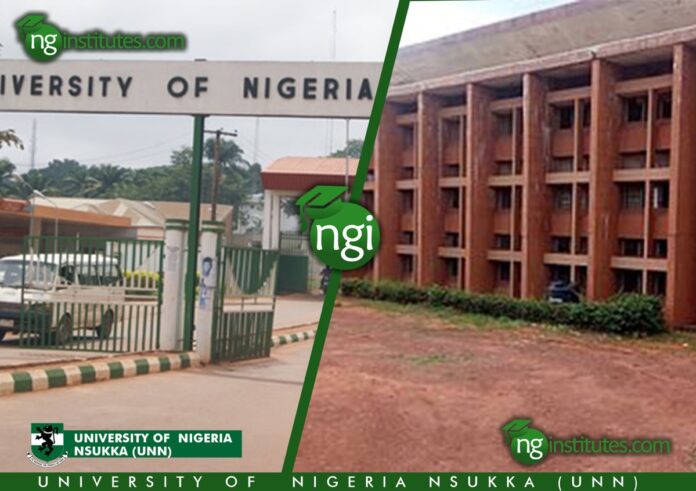 The Crack Squad of the Enugu Command of the Nigerian Police Force has reportedly quizzed a randy lecturer of the University of Nigeria, Nsukka, UNN, Dr Odum Chigozie Jude over alleged threat to life and intimidation of one of his students after impregnating her.

Our correspondent gathered that Dr. Odum, a lecturer in Archeology and Tourism Department, Faculty of Arts, of the University, was quizzed on Monday following a petition to the Commissioner of Police, by a student in the department, Miss Chinyere Onah, whom he impregnated and abandoned to die.

The randy lecturer who was reported to have married last year, was accused of having threatened to ensure that Miss Chinyere would not graduate if she dared leak his sexual escapades with her or in the university to his (Odum’s) wife or family.

The petition which our correspondent sighted yesterday, titled: “A case threatening violence with gun, intimidation, official corruption , abuse of office and conducts likely to cause breach of peace by one Dr. Odum Chigozie Jude,” was signed by her Counsel, Fabian Ugwuama.

The petition partly read, “it is our client’s instruction that she has been a student in Archeology and Tourism
Department, Faculty of Arts, University of Nigeria, Nsukka.

“According to her
instructions, Dr. Odum Chigozie Jude is one of the lecturers in the said
department.

“Our brief further showed that the said Dr. Odum Jude went and approached our
client and demanded to be sleeping with her and threatened our client that if she refuses, she will never graduate from the said department.

“He further threatened
her that he was a cultist while in school and that up till today he still have a good
number of them under his payroll. He therefore warned our client to comply with
his demands and request in her own interest.

“Our information further showed that he called our client to his house and
forcefully had sexual intercourse with her. The sex continued unabated to the extent that our client became pregnant but the said Dr. Odum Chigozie abandoned her, without any succor for either her or the new born baby.

“Further to this is that after the delivery of the child, Dr. Odum now insisted on having the child by force. A child he never contributed a token either during or after birth.”

While describing as absurd the actions of the lecturer, Ugwuama said, “the last straw that broke the camel’s back was that Dr. Odum have now recruited all the deadly cultists in Nsukka who have been calling and taunting our client on daily basis.

“They had threatened her with guns and are bound to bring their threats to fruition if nothing is done to prevent this impending wanton destruction of lives and property.”

He however, appealed to the police commissioner, to ensure that individuals who commit such dastardly acts “like these are treated according to the dictates of the law no matter how highly placed the person is.”

When contacted, Dr Odum, denied being quizzed by police.

On why he went to the office of the Police Crack Squad to do, he said “I didn’t go to the police office. They invited me but I sent my lawyer to go and represent me.”

When the state Commissioner of police, Mohammed Aliyu was contacted for reaction, he said that there is a petition but the matter has been assigned to a unit that is investigating the matter.