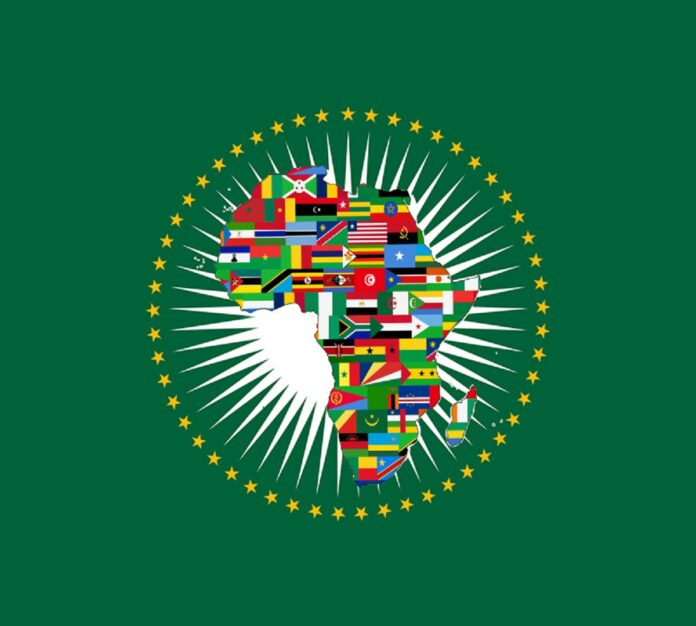 The Senate has urged the Federal Government to immediately review the ECOWAS protocol of free movement as a way to checkmate the infiltration of criminal elements into the country.

The call on the Buhari-led administration was made amidst resolutions reached by the upper chamber after an exhaustive debate on a motion on the General Insecurity in Nigeria.

“Aware of reports of kidnappings and killings in Ibarapa axis and other parts of Oyo State consequent upon which eviction notice was given to Fulani herdmen on 16th January, 2021, sequent to which houses and cars belonging to Fulani herdsmen Were burnt in Igangan, Ibarapa North LGA of Oyo State;

“Aware that in January, 2021, gunmen invaded Kaduna communities, killed the traditional head of Baranje Village, Dogara Yahaya  and another resident in Baranje village near Buruku in Chikun Local Government Area of the state.  Similarly armed bandits killed one person after failed attempt to kidnap him at Ungwan Sada in Giwa Local Government Area,a herder was  also killed by armed bandits  along Kangimi axis on the Kaduna-Jos  Road in Igabi Local  Government  Area.

“Further aware that on Friday, 29th of January, 2021, gunmen clad in military uniform intercepted some vehicles at Idon village in kajuru Local Government Area on Kaduna-Kachia Road in Kaduna State, abducting no fewer, than 19 travellers and taking them in to the forest. Just like the dangerous Kaduna Kachina road, there are still reports of kidnappings on the Kaduna . Abuja expressway;

“Notes that in Abuja, the Federal Capital Territory, on Saturday, 24th of January, 2021, armed men attacked Rachael orphanage in Naharati, Abaji Area Council, kidnapped seven children of age range 10 to 13 years and also kidnapped a staff member of the orphanage. Like this abduction, there are also pockets of reports of abductions in Abuja;

“Notes that in Delta State, in January, 2021, gunmen killed 3 mobile policemen, carted away AK-47 rifles and 120 rounds of ammunition in Ughelli, Ughelli North Local Government Area of the State;

“Notes also that in Niger State, between 6th December and 12th December, 2020, gunmen invaded and launched multiple attacks in Ogu and Tegina communities in Rafi Local Government Area, 19 persons were kidnapped and a pastor with the Evangelical Church Winning All, ECWA, Jeremiah Ibrahim was killed in Chukuba, Shiroro Local Government Area of the State;

“Aware that in Imo State, unrest ensued on 25th of January, 2023 at Orlu when armed members of Eastern urlty Network (ESN) clashed With security agents, this led to many killings and burning of properties.”

The lawmaker further recalled that, “few days ago, armed members of members of Eastern Security Network (ESN) invaded the camp of Fulani herdsmen Isiukwuato, chasing them away and killing dozens of cows;

“Aware that in Edo State, kidnappers often operate freely on Benin-Auchi road as well as Benin Bypass with the recent kidnapping of Chief Dennis Abuda, a US based Nigerian who was returning to the US after the yuletide on the 31″ January, 2021 and was killed afterwards after ransom has been collected from his family;

“Concerned that security challenges have led to issuance and counter issuance of eviction notice by some ethnic entrepreneurs and groups posing as ethnic nationalists and champions;

“Further observes that even though many perpetrators of killings, kidnappings and banditry in Nigeria are illegal immigrants, they are harboured and nourished by Nigerian informants, collaborators and arm suppliers;

“Concerned that many Nigerians have injected ethnic sentiments into insecurity issues and this is capable of plunging the Nation into ethno-religious crises of ominous proportions;

“Further concerned that if the present state of insecurity across the Nation is not curtailed, it will lead to food insecurity and famine as many farmers can no longer access their farmlands;

“Observes that the Nation is entering a very dangerous phase in its governance trajectory characterized by manufactured conflicts, fueled by ethnic and religious entrepreneurs with divisive rhetorics, and amplified by irresponsible social media activists and platforms;

“Notes that it is the responsibility of leaders at all levels to address the security challenges of Nigeria; the local actors and authorities should not absolve themselves of responsibility;

“Further notes that President Muhammadu Buhari has nominated new Service Chiefs for Senate’s consideration and hopes the new Service Chiefs will rejig and reinvigorate the security architecture for optimal efficiency and maximum effectiveness;

“Condemns extra judicial killings, banditry, robbery, kidnappings and other forms of violent behavior in Nigeria; and

“Maintains that Section 43 of the 1999 Constitution of the Federal Republic of Nigeria (As Amended) is sacrosanct, as every citizen of Nigeria has the right to live and acquire properties in any parts of the country.”

Accordingly, the Senate in its bid to address the spate of insecurity in the country, adopted a resolution by Senator Chukwuka Utazi (PDP – Enugu North), urging President Muhammadu Buhari to review the ECOWAS protocol of free movement of peoples of West Africa to checkmate the infiltration of criminal elements into Nigeria.

The Upper Chamber also urged the President to direct the National Security Adviser and the newly nominated Service Chiefs and the Inspector General of Police to device a proposal to rejig the nation’s security architecture and disposition of forces for more effective counter measures against the current security challenges, particularly in the rural areas.

While urging Security Agencies to actively deploy drones and helicopters to monitor forests and ungoverned areas in Nigeria, to identify illegal camps of armed bandits; the Upper Chamber called on the Federal Government to immediately embark on an operation to checkmate proliferation of firearms and enforce the laws against their illegal possession by arresting, disarming and punishing anyone in illegal possession of arms.

The Upper Chamber also urged the Federal Government to resuscitate and inaugurate the National Task Force Commission to combat the proliferation of light weapons, Small Arms and Ammunition; and to adequately equip the Nigeria Immigration Service (NIS) and Nigeria Customs Service (NCS) to police and monitor our borders using technology to check illegal immigrants, and checkmate smuggling of fire arms and light weapons.

President of the Senate, Ahmad Lawan, in his remarks, warned politicians against ethnicising the spate of insecurity in the country, warning that doing so was capable of inciting widespread bloodshed among the various ethnic groups in Nigeria.

According to him, the issue of insecurity remains one that the National Assembly will continue to debate, as it affects the welfare of Nigerians.

He, however, emphasized the need for more funding to the military to enable it tackle the spate of widespread insecurity in several states across the geo-political zones, as a result of the growing activities of Boko Haram, bandits and kidnappers.

He said, “There’s no better investment today in Nigerian by government, than making more resources available to our security agencies because security is the major thing that government can do to change the lives of the people for the better.

“So, we will continue to discuss an debate it here. This will not be the last, but the tone, the issue, the main theme should change. That maybe by the time we discuss this kind of thing here again, it should be that we have made a shift; that we have moved positively, that we are trying to only make it better.”

“We should not be frustrated, we should not be discouraged. What we are talking here is being listened to, even when it appears to us that there’s no sufficient implementation of what we are doing.

“But the Executive listen to what we are talking about, and Nigerians also listen. And, of course, some Nigerians will not understand that we don’t have execution power, but we can continue to oversight, continue to insist and be persistent that these are real issues that our government – including us – must address,” Lawan added.

The Senate President underscored the need for increased partnership between the Federal, States and Local Governments in the fight against insecurity.

“I believe that at one point, the state governments are closer to the people, and in fact, even the local government.

“Some of the issues can be better settled at the local level, because the Federal Government cannot go and settle two communities fighting in a state or local government. But the Local Government Chairman, or even the Councillor could come in.

“But what the Federal Government can do  is to arm the security agencies properly and well, so that they are able to deal with any situation that needs their attention,” he said.

Lawan further warned politicians against making unguarded comments capable of throwing the country into flames and dividing Nigerians along ethnic lines, adding that the fight against criminality remains the responsibility of security agencies to address.

“Recently, in most parts of the country, political leaders have decided to throw caution to the wind.

“Political leaders must be careful of what we say in a very incendiary environment, because the people listen to us as their leaders.

“So, if we appear to be divisive, they will find justification in taking actions that all of us will regret.

“But these are criminals, and that is a specialized criminal activity. All other criminals must be flushed out, otherwise, how do we have peace?

“We have to address criminality, we have to defeat criminality, but we also have to nip in the bud that desire and excitement sometimes of people speaking as champions of their tribes and ethnic groups.

“We are simply leaders, and the people of this country expect us to keep them United, and this is a responsibility that we will account for to the people, and to God Almighty who created us and made us leaders,” the Senate President said.