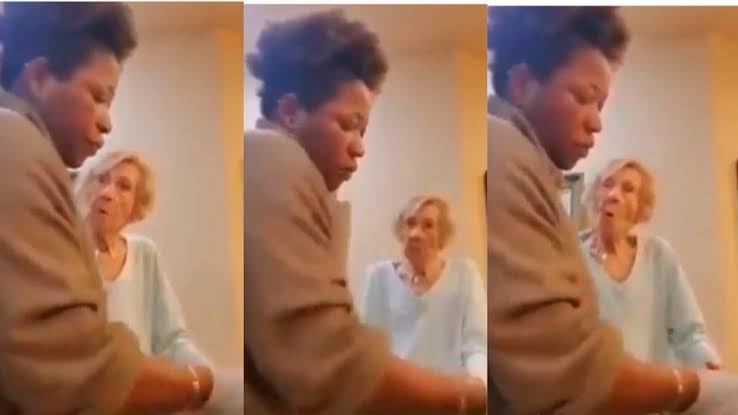 An elderly white woman, who is probably a racist, was caught on camera racially abusing her black caregiver by spitting on her multiple times.

In the video circulating the social media, the caregiver is seen doing the dishes while the elderly woman stands beside her, chewing something, before spitting at her.

She even went further to ask the caregiver if she “wants more” before chewing what she has in her hand, and then spitting at the caregiver again and again. She spat at the black woman three times in the video.

The viral video has triggered a lot of reactions with many people condemning the white woman’s actions which they described as cruel and disgusting.

KanyiDaily had also how a white racist man was seen spitting and then attacking a helpless black woman with an object while some men were heard laughing.