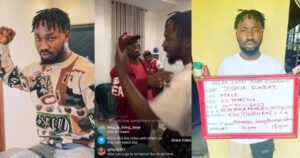 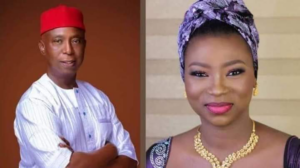 DAILY POST gathered that the ex-NBA boss was assassinated in his office on Saturday by unidentified bandits.

According to reports, the lawyer went to the office on Saturday and did not return to his residence at School Road, Owerri, the Imo state capital.

A member of the association, Barr. Ikechukwu Nwaopara l, who posted on his Facebook page, said that the new chairman of the state NBA, Barr. J. I Ogamba had asked him to liaise with the former secretary of the association in search of Barr. Nwankwo’s disappearance.

He said they immediately went to the homicide section of the state CID and hired some forensic experts who followed them to his (deceased’s) office to discover his lifeless body on the pool of his congealed blood.

According to him, Nwankwo appeared to have been savagely matchetted by his assailants as evident in the monstrous cut of about 30cm into his neck region.

He disclosed that all electronic appliances in his office including fans, printer, computers and others, were stained with blood splashes suggestive of a ferocious cutting of his neck.

The barrister further disclosed that the police men, in their search, discovered the matchet used to butcher him in the office toilet.

He forensic experts said that the act was done by two persons as the two footprints seen were unidentical.

Meanwhile, his driver, who reportedly was the person with him in his office on Saturday, was no where to be found and his phone unable to be reached.