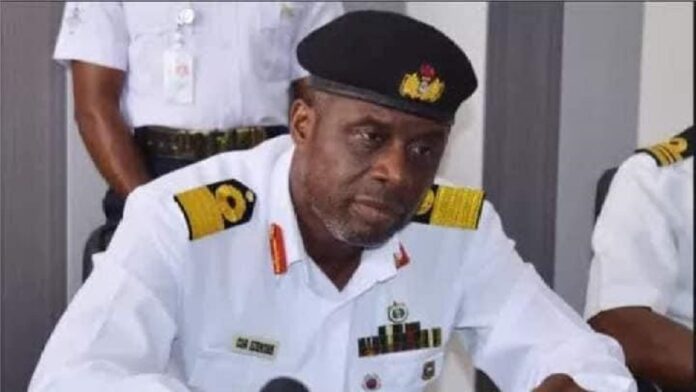 Change presents humanity with a confounding paradox. Whereas change is constant and inevitable it forebodes a vague sense of unease. Fear of the unknown taunts the nerves of even the valorous of men. Men of destiny however prepare for change, meeting it at the doorstep with secure pace .The Nigerian Navy get a breath of fresh air on January 26 2020 with the appointment of Rear Admiral AZ Gambo to succeed Ibok Ekwe Ibas as the highest ranking Naval officer in Nigeria .The Nigerian Navy is a branch of Nigerian armed forces. It is among the largest navies on the African continent ,consisting  of several thousand personnel, including those of the Coast Guard .

One of the challenge   before Chief of the Naval Staff (CNS) is safeguarding Nigeria’s territorial waters.   Gulf of Guinea is another security challenge which has become dangerous and threatens the country utilization of its full economic potentials . This   vast maritime space with utmost economic significance to the adjoining countries and  it  a vast area of coastline with 20 sovereign coastal states and islands and a number of landlocked states.

According to a  report by the International Maritime Bureau of the International Chamber of Commerce, a total of 121 acts of maritime piracy were recorded in the Gulf of Guinea,  incidents in 2018. In 2019  incidents rose to 195 and last year, Kidnappings  by pirates in the GoG  hit a record in 2020, with well-armed and violent gangs defying Regional Navies.   United Nations reported that Nigeria lost about $2.8 billion to piracy as a result of crude oil and maritime crimes.

This is a worrying trend that can only be resolved through increased information exchange and coordination between vessels, reporting and response agencies in the Gulf of Guinea Region. Latest statistics shows this is one of the problems CNS will ensure to tackle due to   the increased capabilities of pirates in the Gulf of Guinea with more and more attacks taking place further from the coast.  This require prompt action with   urgent need to address this crime, which continues to have a direct impact on the nation economics, and security of innocent seafarers.

Rear  Admiral Awwal Zubairu Gambo  appointment   came at a period when the country was facing serious security challenges and he has as  expected from Nigerians  hit the ground running by tackling the worsening insecurity across  Nigeria’s territorial waters which have  making life difficult for Nigerians.

Without doubt, he  hit the ground running by  unveiling his vision and mission  envisioned the type of the Navy   to  head  during his maiden meeting with principal staff officers, flag officers commanding and commanders of autonomous units of the Nigerian Navy  directed all operations commanders to sustain aggressive clearance operations to make suspected militants, pirate camps Non-Conducive for any nefarious activities to thrive and rejected the resurging incidents of piracy and sea robbery within Nigerian waters.

Henceforth his stewardship will also focus on human capacity development through Result-Oriented training for enhanced professionalism and as well as strengthening logistics support and maintenance capabilities to sustain equipment serviceability and platform availability.

CNS intends to actualize his Vision and Mission in  line with  Mr President’s mandate within the first 90 days in office. While doing that, the CNS called for complete loyalty from all subordinate commanders and equally promised to take issues of personnel welfare seriously.

While his  statements set to guide his stewardship of the Nigerian Navy, Rear Admiral Awwal Zubaru reiterate his readiness to  promote and sustain  Nigerian Navy core values of Integrity, Professionalism and Teamwork and would ensure personnel welfare is accorded high priority towards enhanced Patriotism, Integrity, Productivity, Innovation, Commitment And Dedication.

He also pledging  guaranteeing Nigerians, personnel and officers of the Nigerian Navy and even those around riverine and coastal areas as CNS  will  ensure  nation waters remains safe from all forms of maritime criminalities and has zero-tolerance for indiscipline,  criminal activities and will formulate a policies to sanction identified Nigerian Navy personnel that collude with economic saboteurs and other criminals.

Another important areas the new Naval Chief need to pay attention  is taming corruption and identifying the bad eggs of the naval service. The immediate past Chief of Naval  Staff while handing over lament that many officers of Nigerian navy still connive with illegal bunkers, sea robbers ,oil thieves and other maritime criminals  to undermine existence of the country.He said the negligence of the officers at their duty post is aggravating challenges in maritime sector.

The story of the   21st indigenous Chief of the Naval Staff (CNS) and 9th since returns of democracy in the country Rear  Admiral Awwal Zubairu Gambo is that of Triumph of the human fortune. His life is a proof that with strong will to succeed in life and divine nod to one’s actions, one can turn all obstacles to blessings.  The effort of this gentleman makes him to attain greatness by building fruitful Navy career from the bottom up the top echelon of top the Nigerians Navy.

The new CNS  quick start in office cleaning the Augean stable clearly shows great sense responsibility, exceptional courage, sincerity of purpose and readiness to take the organization to higher unprecedented level. There is no doubt that his legacies shall remain eternal source of inspiration for many generations to come.