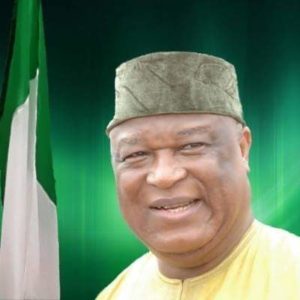 This is certainly not a good time for the Benue state chapter of the All Progressive Congress, APC, as the party is presently facing several crises over the battle for its 2023 Governorship ticket.

These crises which Nigerian Concord Newspaper learnt have torn the party apart have also forced top contenders for the governorship seat like Herman Hembe, Richard Tersoo Mnenga, Mark Hanmation, Terhemba Shija, Steven Lawani to consider decamping to other parties where they can proceed with their ambitions.

According to a reliable source within the Benue APC, the crises started when a telephone conversation of the leader of the party who is also the minister for Special Duties and Intergovernmental Affairs, Senator George Akume, where he mentioned Senator Barnabas Gemade as his preferred choice as Governor Ortom’s successor leaked during the weekend.

In the leaked telephone conversation, Senator Akume reportedly endorsed Senator Barnabas Gemade as the candidate that will fly the party’s flag in the 2023 poll.

“I can confirm to you that Gemade has been endorsed by our leader and the reason for the endorsement is because it was Gemade that made it possible for Senator Akume to be governor In 1999. Also, the PDP isn’t a careless party so we need someone like Gemade that has the exeprience and financial muscles to tackle whoever the ruling party nominates as its candidate in 2023.

“The Benue PDP with Governor Samuel Ortom as leader is a very serious party and it won’t be a tea party to hijack governance from them. So the choice of Gemade is the best for our party” the source said.

This telephone endorsement which has now leaked to other aspirants is a clear sign that the 2018 scenario will repeat itself again, Nigerian Concord Newspaper learnt.

Recall that in 2018, the Benue APC still went ahead and imposed Emmanuel Jime on other aspirants like Zam Titus, Samuel Ode, Benjamin Adanyi, Asema Achado, Akange Audu and several others despite that they had got their Nomination Forms for N22 million each.

Apart from the Nomination Forms, there was none of the aspirants who had not spent well over N250 million on consultations, media and other arrangements before the APC’s usual order came that Jime be imposed as the party’s candidate.

According to investigation, it is the 2018 scenario that has made the party’s governorship aspirants lose trust in its leadership when the secret endorsement of Gemade blew open.

Nigerian Concord Newspaper also gathered that a former deputy governorship candidate of the party, Mr. Sam Ode, too has been endorsed as Gemade’s running mate in 2023. 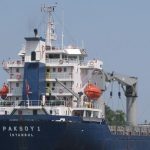 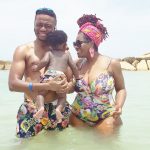