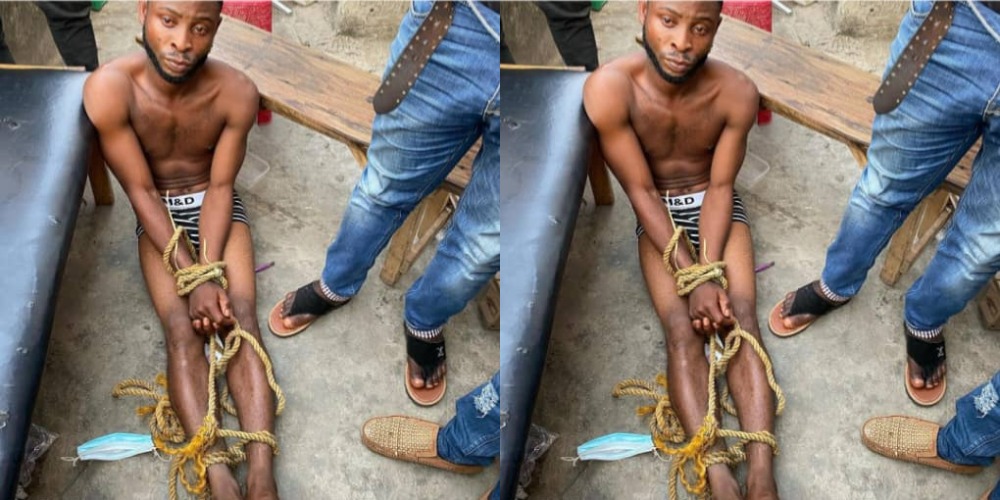 A young man has been handed over to the police after he was accused of stealing N7 million from his former employer and using the money to open his own phone shop in Computer Village, Lagos State.

The employer, Kola Adesina, who shared the news on his Instagram page, said he’s been hunting the staff whom he identified as Sunday for two months.

According to him, Sunday has now been handed over to the authorities after he was finally caught and “he is chilling in jail where he belongs”.

Sharing a photo of the staff stripped to his underwear with his hands and feet tied, Adesina wrote:

“#Gotcha.. This is Sunday my staff. He stole N7m, ran away and set up a phone shop in computer village. Been hunting him for 2 months and got him this afternoon. He is chilling in jail where he belongs

“PS. I had him untied immediately i got to where he was caught. I’m against brutality of any kind.”

Meanwhile, a househelp identified as Vicky Abiria has been sentenced to four years imprisonment for feeding her boss’s baby with her urine and infecting the child with syphilis.