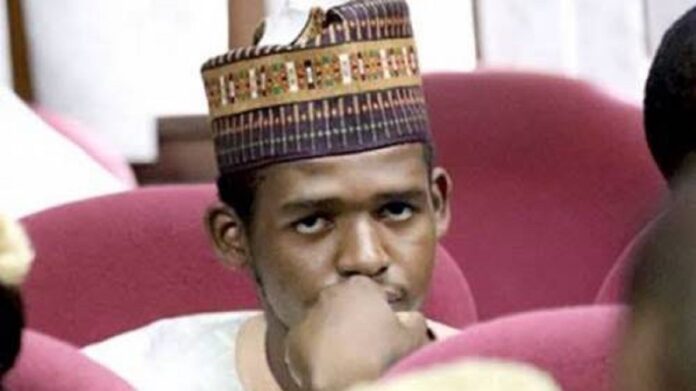 At the resumed trial, the EFCC counsel, Mohammed Abubakar, told Justice Okon Abang of the Federal High Court, Abuja, that the agency had obtained a bench warrant from the court for the arrest of Faisal and his apprehension before the court.

“We have been making serious effort but up till now, we have not succeeded,” he said.

Abubakar said from the available information at the EFCC’s disposal, Faisal “has absconded to the USA (United States of America).

When Justice Abang said he heard that Faisal was arrested in Sokoto by the police, the anti-graft agency’s lawyer responded that “that information was in the realm of rumour or speculation.”

According to him, It is on record that both Nigeria and American passports of the defendant are in the custody of this honourable court as part of his condition for bail.

“However  the information at our disposal indicates that the defendant was able to sneak out to Republic of Niger from where he was able to proceed to the USA,” he said.

The lawyer also said that Faisal was neither in the custody of the police nor the Department of State Service (DSS) as claimed in some quarters.

But Counsel to Faisal, Anayo Adibe, disagreed with Abubakar’s submission.

Adibe said at the last adjourned date, he did inform the court that Faisal was taken into custody in Sokoto by men of the Nigerian police.

“The following day, media reports as well as the press release by Police Command in Sokoto confirmed this fact.

“Subsequently after, the police has been scanting with information, even when we demanded to see the defendant,” he said.

He disagreed that the defendant must have fled to the U.S when his travel documents were still in the custody of the court.

“So it is speculative of the prosecution to state that the defendant is in the USA,” he said.

The lawyer said Faisal personally called him on phone the day he was taken into custody in Sokoto by the police.

“Every efforts made to reach him has been abortive; his phone switched off.

“We are afraid for his life and we urge the court to make an order of enquiry into the whereabouts of the defendant,” he urged.

Adibe said the defence counsel would not fold their hands when the government itself was not sure whether his client was at the police custody or in the U.S.

Justice Abang, then, wondered what could be the fact of the matter.

“Who is telling the court the truth between the counsel to the prosecution and the defence?” he asked.

Adibe further prayed the court to grant his application which sought for the defendant to enter his defence in his trial.

He said he made the application in the interest of fair hearing in accordance with Section 36 of 1999 Constitution.

“Regarding fair hearing, a defendant shall be afforded an opportunity to be heard but where the defendant is afforded that opportunity and he failed or refused to take advantage of it; he cannot therefore turnaround and take sanctuary under Section 36 of the 1999 constitution,” insisting that the defendant was never denied fair hearing.

Earlier at the Thursday’s sitting, Justice Abang, in a committal proceeding ruling, ordered Faisal’s surety, who is a member of the House of Representatives, Sani Dan-Galadima. representing Kaura-Namoda Federal Constituency of Zamfara, to forfeit a property used as a bail bond, having failed to produce Faisal, who was said to have jumped bail in court.

NAN reports that Faisal was granted a N60 million bail with a surety in the like sum who must be a serving member of the House of Representatives.(NAN)

Justice Abang adjourned the matter until March 31 for ruling on the defendant’s application.