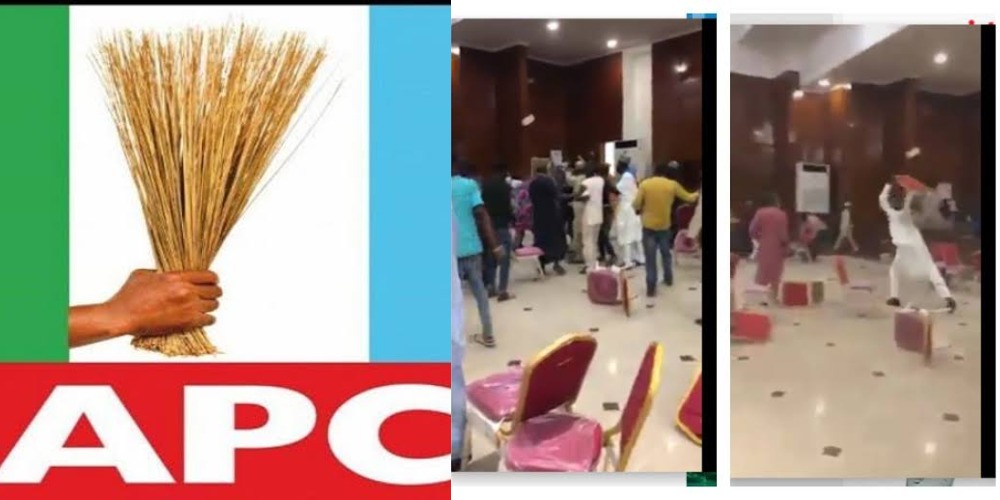 The Caretaker Committee Chairman of the All Progressives Congress (APC) in Kwara State, Hon. Bashir Bolarinwa, was attacked on Wednesday during the the membership registration exercise at the Banquet Hall, Ilorin.

Bolarinwa told the News Agency of Nigeria (NAN) in Ilorin that he was attacked in company with other party chieftains at the venue of the membership registration exercise.

The APC Chairman said he was invited along with other party chieftains for a stakeholders meeting, but when they arrived, they noticed that the venue of the forum scheduled for 12 noon was still under lock as at 1.30 pm.

“That Banquet Hall is a government-owned facility. When it was around 1.30pm, I sent a message to the chairman of the Registration Committee (Danboyi) expressing surprise that the hall was still under lock and key as at 1.30 pm.

”I did not know that some AA members loyal to Gov. AbdulRahman AbdulRazaq were already inside the hall.

“Outside where we were, a lot of people were mobilised, a lot of area boys, a lot of thugs were outside too, but we were never bothered.

“The hall was eventually opened at about 2 p.m; as we were about to enter, a female member of the AA group loyal to the governor came from nowhere and held my shirt and was trying to prevent me from entering the hall.

“The people around prevented her from causing any havoc, so I managed to enter,” Bolarinwa said.

The caretaker chairman added that it was after he entered the hall that he saw that majority of the people in the hall were AA members.

“No stakeholder was allowed to enter the hall unless they were members of the AA group.

“The Registration Committee chairman, Sen. Danboyi, saw what happened and he told me he was the one that invited me and other stakeholders.

“This meeting was neither organised by the government, nor the party in the state and as a result of that, nobody should have been disallowed from entering. Sen. Danboyi said he was not happy.

“But the whole thing had became uncontrollable as thugs had been mobilised. Some of the boys brought guns, they started to attack our people and many of us sustained injuries while our vehicles were also vandalised.

“As I am talking to you, the state Treasurer of the party had been beaten to coma, they also took away his car.

“As I am talking to you now, we don’t know the where about of his car because his car keys were collected from him. That is the situation; unfortunately, they didn’t allow the forum to hold.

“The rule is that every party member must be allowed to register, I don’t know why they want to prevent legitimate members of the party from registering.

“Government stakeholders are part of the committee as directed by the national leadership and this same committee is expected to brief members on how the registration exercise would be conducted.

Efforts made by NAN to get the reaction of the Police Command in the state to the violence that marred the registration exercise were unsuccessful.

Calls made to the cell phone of the Police Public Relations Officer in the state, Ajayi Okansanmi, rang out, but he did not also respond to a text message sent to him.

This is coming a few says after angry youths allegedly attacked the Ondo State commissioner for Works, Saka Ogunleye, during APC meeting.