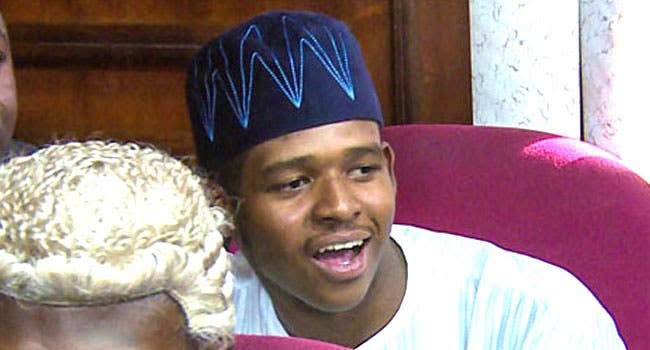 The Economic and Financial Crimes Commission (EFCC) said on Thursday that Faisal Maina, son of Abdulrasheed Maina, former Chairman of the defunct Pension Reformed Task Team (PRTT), has fled to the United States.

EFCC’s prosecuting counsel, Mohammed Abubakar, said this at the Federal High Court in Abuja where the younger Maina is being prosecuted on three counts of money laundering.

Mr Abubakar said EFCC got information that 21-year-old Faisal sneaked to the U.S through the Republic of Niger.

Earlier on Thursday, the trial judge, Okon Abang, ordered Faisal’s surety, Sani Dan-Galadima, who is a member of the House of Representatives to forfeit a property used as a bail bond.

Mr Dan-Galadima who represents Kaura-Namoda Federal Constituency of Zamfara, had entered into a N60million bail bond on behalf of Faisal.

This is coming two months after Faisal was re-arrested by security operatives after he was declared wanted by the Federal High Court in Abuja for jumping bail on June 24, 2020.

The 21-year-old is facing three counts of false asset declaration and money laundering to the tune of N58 million – charges filed against him by the anti-graft agency.