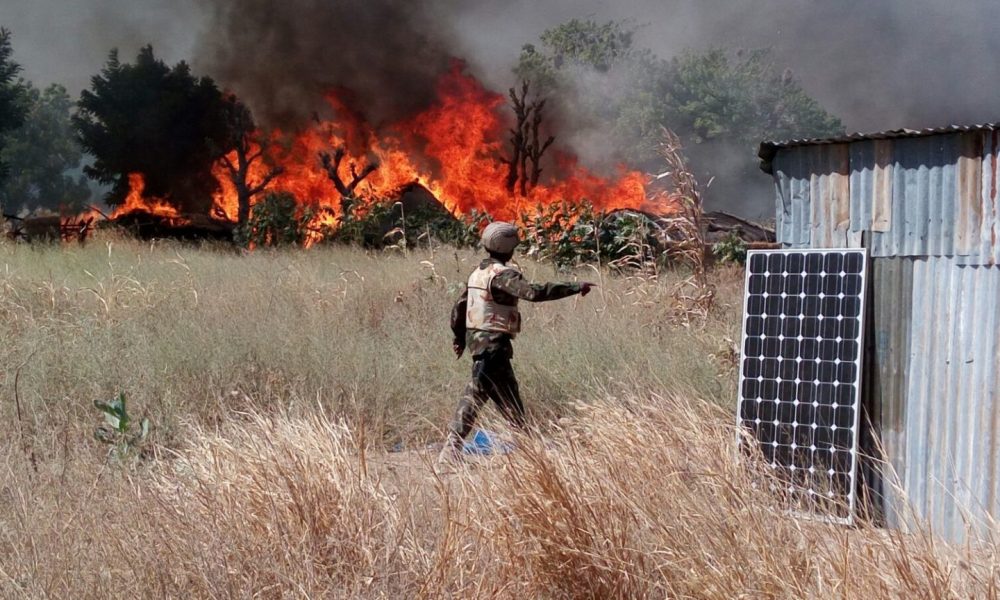 Some Nigerian soldiers and many terrorists have been killed by bombs detonated by Boko Haram at war front.

An unspecified number of troops were also injured in the battle that occurred on Boko Haram bases.

The major operation involved Nigerian troops from Sector 1 and 21 Brigade, as well as the Multinational Joint Task Force (MNJTF).

The contingent stormed battle grounds and opened massive fire despite stiff resistance by the terrorists.

In desperation, some of the insurgents resorted to suicide bombings. They triggered improvised explosive devices in order to push the troops back.

A military source told PRNigeria that reinforcement – personnel and heavy equipment have been deployed to the general area.

Movement by civilians along the Maiduguri – Gwoza road has been restricted to avoid collateral damages.

The officer said the renewed determination of personnel as well as the synergy between ground and air forces were producing successful results.