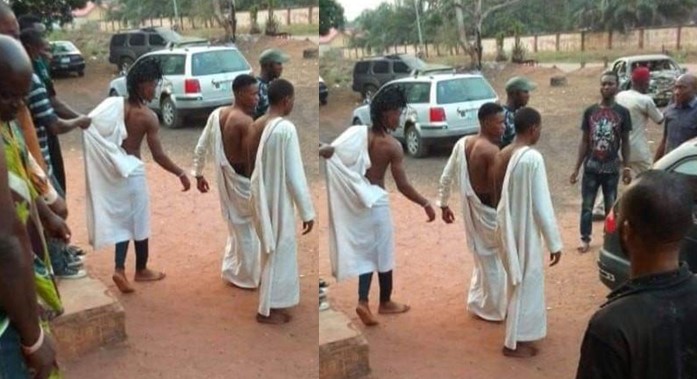 Three young men suspected to be internet fraudsters, commonly known as ‘Yahoo boys’, have been caught red-handed trying to use a lady for money ritual in Edo state.

This was made known on Wednesday via a post shared on Facebook by the Igueben Local Government chairmanship aspirant, Eromose Eboghoye.

According to Eboghoye, the three ‘strange’ young men wearing white robes were caught in Idumeka community on Tuesday.

He wrote: “WATERLOO. Three strange young men caught in Idumeka, Igueben trying to use a girl for ritual”. 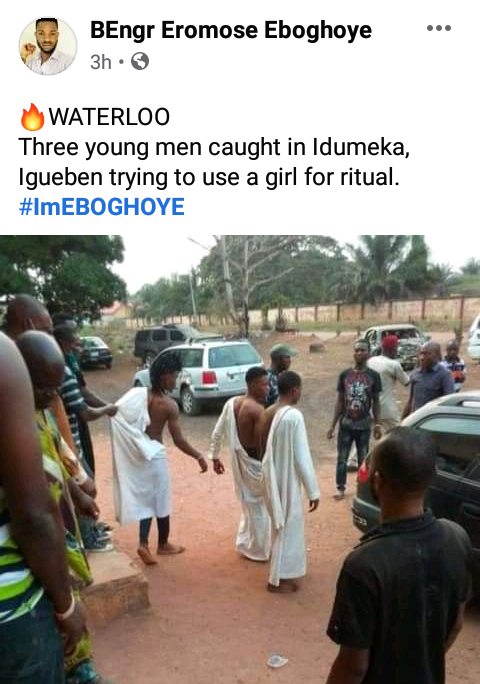 KanyiDaily had also reported how the police arrested a 22-year-old man, Musa Hamza, for beheading a 17-year-old boy and dismembering his body for money ritual in Bauchi.