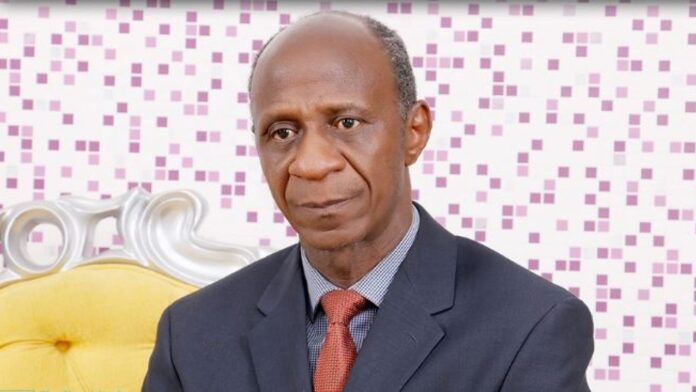 While the whirlwind of corrupt activities inside the Malam Adamu Adamu’s led federal ministry of education continues to filter into the public arena, the parastatals under the education ministry continue to receive monies from the Federal Inland Revenue [FIRS]. According to information made available to 247ureports.com, the sum of N500billion was recently paid into the accounts of the Tertiary Education Trust Fund [TETFUND] on the last week of January 2021.

According to constitutional stipulation, the FIRS collects education levies on behalf of the ministry and forwards the collect monies directly to the concerned parastatal. The said monies are to be used for the development of tertiary institutions in Nigeria – the universities, college of education and polytechnics. Particularly, new tertiary institutions that require infrastructural projects.

However the TETFUND, of late, have been turned into a private cash cow for the immediate family members of the federal minister of education, Malam Adamu Adamu who according to sources have set up a web of fraudulent contract schemes to milk the TETFUND of it funds.

According to a report published by this medium titled Exclusive: Adamu Adamu In Trouble As EFCC Makes Arrest, Opens Investigation On Education Ministry – the minister dictates over the principals of each tertiary institution on the use of the monies received from the FIRS. Each contract award by the tertiary institutions are usually tele-managed by the minister through his fronts. The minister would dispatch a list of contractors who are to be awarded all available contracts. The contractors would be relatives of the Minister – often will be his younger brothers – Umaru or Ibrahim Adamu or the younger brother to the minister’s wife, Dauda Abdul Hamid.

For those reason the position of the Executive Secretary of the TETFUND has become a highly sought after position by the cronies of the minister – particularly the position of director of procurement. The current Executive Secretary of TETFUND, Prof Sule Bogoro [Hon Dogara’s cousin] is due to retire soon. And, the tussle to replace has begun. Already the internal fighting among would-be candidates jostling for the position has caused a turmoil inside the ministry. The vice chancellor of the University of Kashere in Gombe State is among those battling for the position.

According to a family member, “he is considered a womanizer and a popular thief”. He resides at the luxurious area in Maitiama extension in a house he purchased for N650million.

With the recently remitted N500billion to the TETFUND coupled with the cesspit of corruption at the education ministry, the people of Nigeria may not see the N500billion at work.