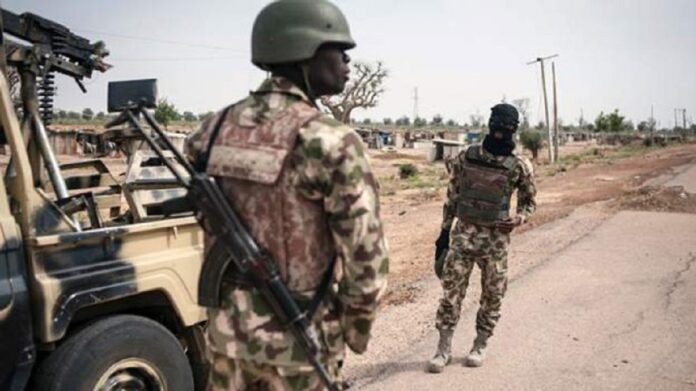 The New Service Chiefs Should Immediately Swoop Into Action – HURIDE…

Flays Appointment of Gen Attahiru and urged him to appoint Igboman an IGP.

In spite of the belated change of Service Chiefs, the newly appointed ones should immediately make a difference and bring positive change in  the security of the country.

Human Rights, Liberty Access and Peace Defenders’Foundation (HURIDE) in a statement in PortHacourt River State,  said that the only way Nigeria will appreciate the change is  if they quickly bring radical turn around in the security situation of the country.

But if there is continuous killing and kidnapping, said the group, by the Boko-Haram in the North East and in the South and Middle Belt by the Fulani Herdsmen, then they would have failed so early in the day.

However, HURIDE in the statement signed by its Executive Director, Dede Uzor A Uzor, said the Federal Government  should provide the Service Chiefs with all necessary support if they must succeed in the ardous task of turning Nigeria security around for the better.

The group  said: “It is not only  changing  Service Chiefs but being sincere with Nigerians that the Federal Government actually wants to stamp out insecurity in the country”.

The appointment came too late after monumental damage has been done to our society both physically and in their  psyche.

It came reluctantly so  late  inspite of the pressure from widespread  Nigerians, including the members of the National Assembly, most of whom are in All Progressive Congress    (APC) and key President Buhari suppoters.

It is however better than not coming at all”

But the group questioned the appointment of  Maj. Gen.Attahiru as Chief of Army Staff inspite of his alleged failure and ethnic bias when he was  the Commander of Operation Dole in Maiduguri.

They alleged that  his tenure as the General Officer Commanding (GOC), 82 Division, Enugu witnessed massive killings of Igbo youths in the name of   fighting Indigenous People of Biafra (IPOB) especially the Nkpor and Onitsha massacre were so many unarmed youths was brutally murdered in a cold blood for carrying an Biafran flags.

“We hope his coming is not to continue the war against Igbo youths  or to mail down Nigerrans of Southern and Middle Belt extraction at the slightest opportunity” said HURIDE).

The group said unfortunately, President Buhari has sidelined Ndigbo in the new appointment but asked Ndigbo not to worry and see ” the hatred and marginalisation of Ndigbo as Buhari chronic sickness which he has refused to overcome”.

HURIDE  urged him to appoint an Igbo man,the new Inspector General of Police(IGP)to enable Nigerians see him as a president who respect the sanctity and sacredness of federal character commission enshrine with our extant laws. It will also show that president Muhammad Buhari loves Ndigbo,Dede Uzor advised.