Stella Damasus, a Nigerian actress and singer, got into a little stir with a computer programmer who insulted her job.

Stella Damasus got belittled by a programmer who insulted her job after she called him out for his comment.

It all began when Stella Damasus shared a photo on Instagram, and her followers on Twitter got notified about the photo.

A Twitter follower reacted to the photo saying: “Does it convert into money when someone sees it?”

And the follower fired back, saying: “What’s your profession madam. Am a computer programmer and networker and you are a stage drama queen with a job which needs no educational background.” 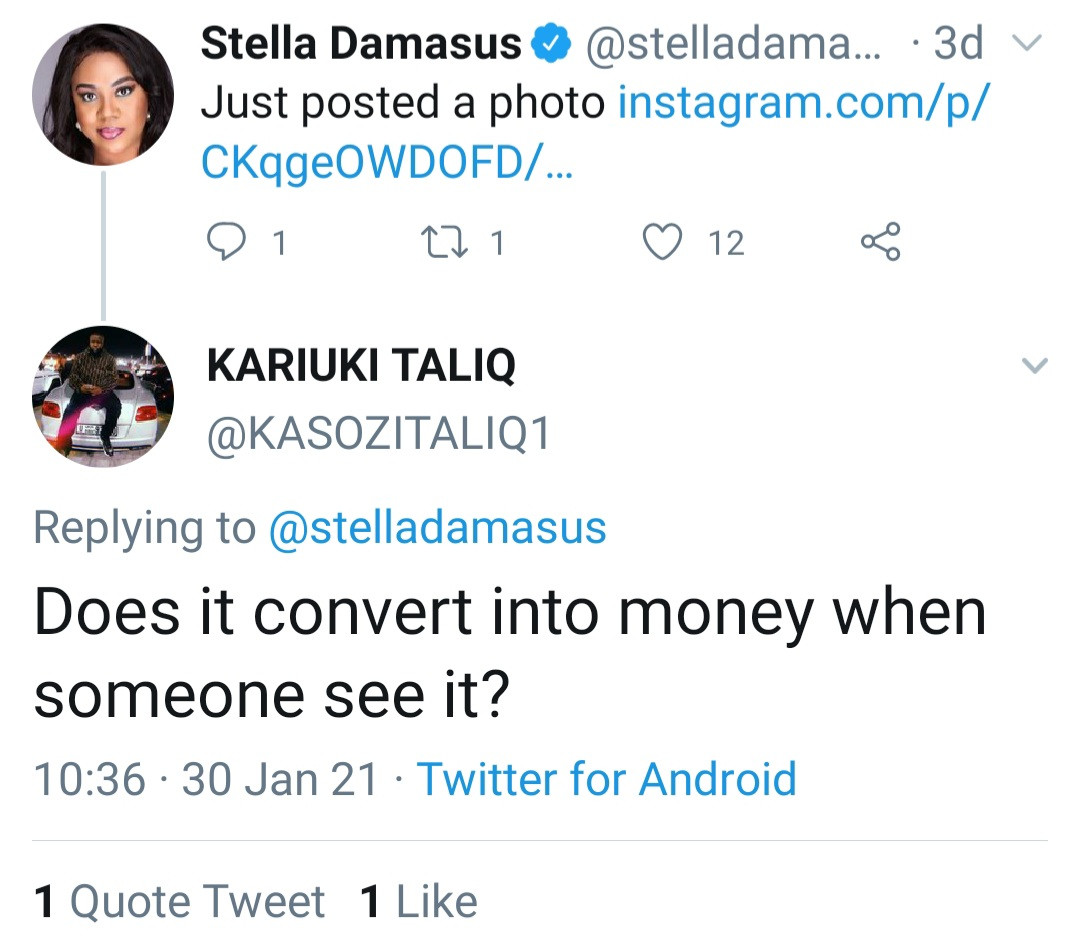 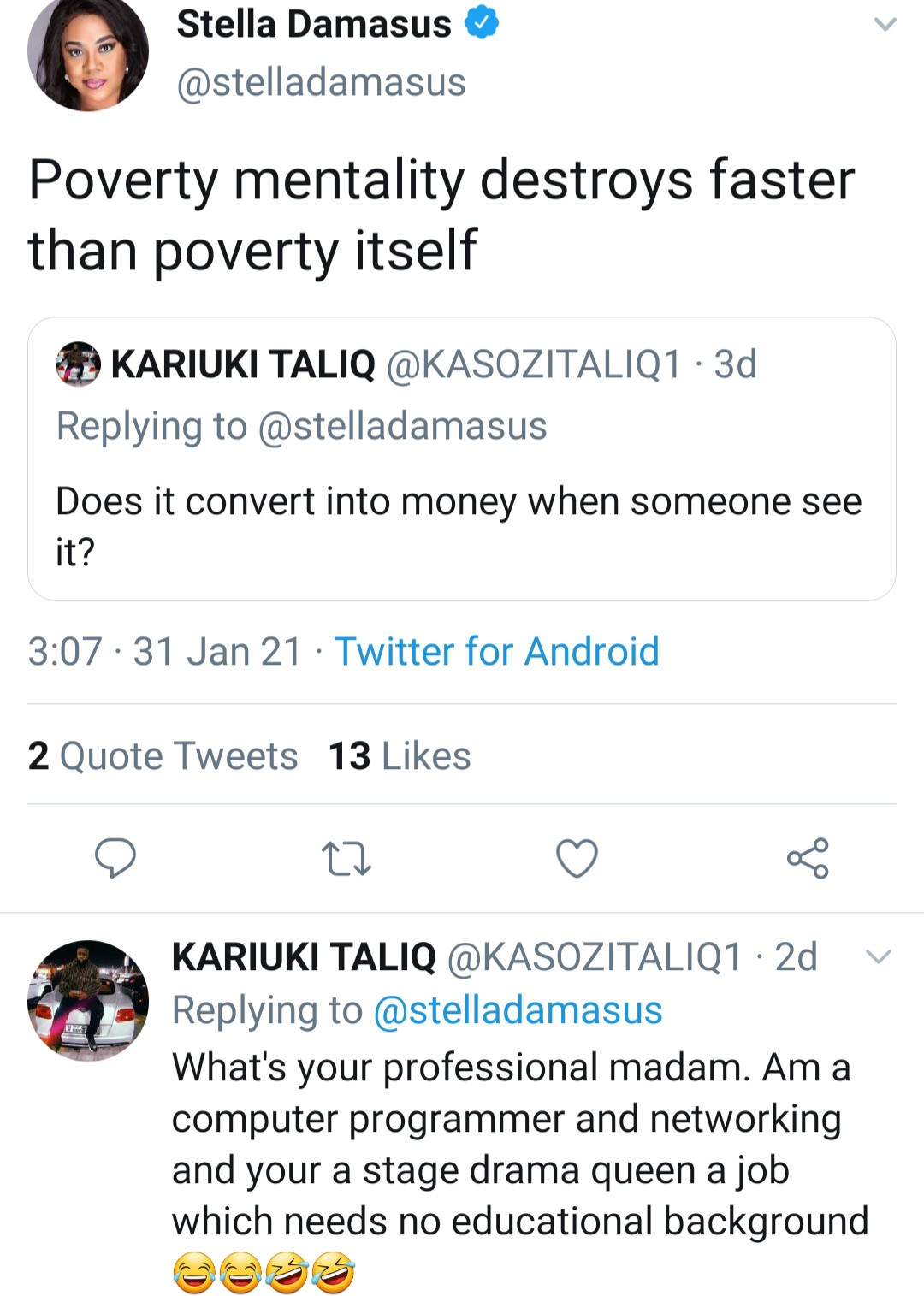