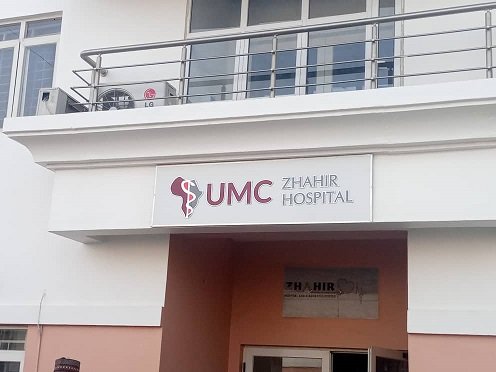 The UMC Hospital in Kano has been shut down, The Nation reports.

The hospital was shut down for attending to “severe cases” of COVID-19 instead of referring the patients to isolation centres provided by the State Government.

“The action by UMC hospital is in parallel with the standard set by the Kano State Task Force on COVID-19, which requires such facility to attend only to mild cases of the disease,” Commissioner for Information, Malam Muhammad Garba, said in a statement on Wednesday.

It was gathered the behaviour of the UMC hospital led to the death of two patients whose cases were severe.

Garba announced one of the patients died at UMC while the other died on the way to the hospital.

According to the Ministry of Health, the total coronavirus deaths in Kano has risen to 82 with 11 new cases and 3,047 total confirmed cases out of which 359 cases are very active.

Garba, who accompanied the Commissioner of Health, Dr. Aminu Ibrahim Tsanyawa, to the UMC hospital, said the facility would remain closed pending the resolution of the matter between the management and the state government.

During the visit by the two Commissioners, two other patients with severe cases of COVID-19 were transferred to isolation centre while other patients on admission were taken to the Malam Aminu Kano Teaching Hospital and Muhammadu Abdullahi Wase Specialist Hospital, Garba said.