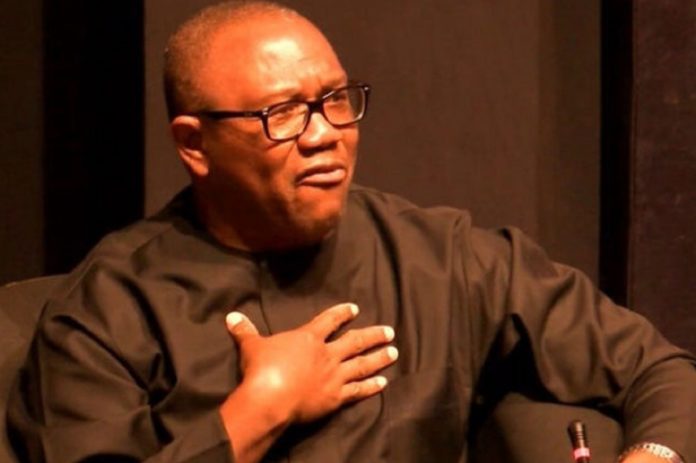 The attention of APC Mandate Defenders has been drawn to the uninformed remarks made by the former governor of Anambra State, Mr. Peter Obi concerning the Federal Government’s plan to procure vaccines for distribution across the country.

The group asserted that Mr. Obi has formed the habit of making himself a cheap hero through peddling of falsehoods, outright misinformation and blame game even when he is alleged to have some skeletons in his cupboards.

In a statement released to journalists in Abuja on Tuesday by the group’s national publicity secretary, Mr. Ifeanyi Emeka, the group said that Mr. Obi is not the right person to advise the Federal Governemnt over what to do concerning vaccine procurements and distribution because as Governor for eight years, he contributed to the sorrowful state of the primary healthcare centres in Anambra State as a result of his unconstitutional refusal to conduct Local Government Elections throughout his tenure.

“Saying, if Mr. Obi had conducted local government elections and allowed elected council chairmen to use their Federal Allocations for developments, all the primary healthcare centres in the 21 Local Government Areas of his state which are in the ‘residual list’ of the Constitution and whose workers have the immediate responsibility of distributing vaccines to the people at the grassroots level; the cost of vaccine procurements and distribution would have been reduced to the bearest minimum.”

But because Mr. Obi and others in his category failed to do the needful, the task of vaccine procurement, distribution and development of critical infrastructures at the local government levels now falls on the neck of the National Primary Health Care Development Agency which is under the control of the Federal Government.
So, the Federal Government is not only fighting to procure vaccines and inoculate the population, but it is also fighting to procure cold chains, train personnel and other things that falls under the purview of states and local governments in the country.

Besides, vaccine procurement is not really the issue, but distribution and storage as well as building capacity are the things that matters.

For Instance, apart from Pfizer vaccines which requires altra-modern cold chains of minus 70-80 degree Celsius which is even colder than the winter, the Federal Government will still use some part of the estimated N400 billion for the procurement and deployment of cold chains to about 8,812 Wards in the 774 Local Government Areas across the country where the vaccines would be stored before distribution. This is because only few of the over 10, 000 Primary Health Care Centers in the country have functional cold chains and other facilities.

So, next time, before Mr. Obi goes to any national television to advertise his ignorance on any government plan in his characteristic way of playing to the gallery and seeking cheap popularity among unsuspecting members of the public, he should endevour to consider many factors which his inability to correct some of them when he was in office contributed to the sorrowful state of the primary healthcare centres across the country.