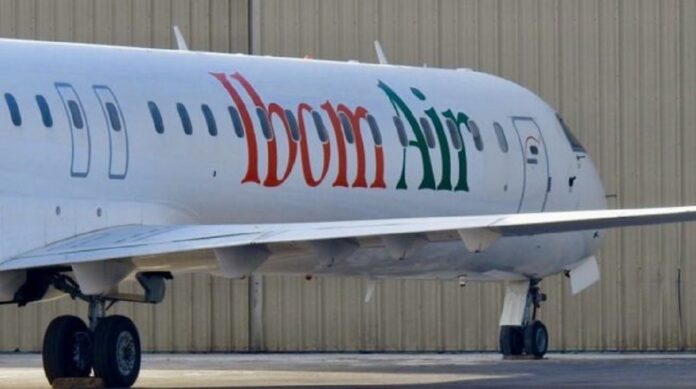 When Ibom Air announced its intention to start daily flights from Enugu to Abuja and Lagos and vice versa, the people of South-East received this news with joy, because of the positive effects it could have on the economy of the zone. Having multiple airlines, with multiple flights plying the airspace of the zone has been the wish of air passengers making use of Akanu Ibiam International Airport, Enugu.

Management of Ibom Air has been discreetly churning out conjectures and innuendoes that the Airline uses BRAND NEW PLANES to carry out its operations, “unlike their competitors that use rickety jets”. A quick research by any keen observer, with the aid of google, will reveal that Ibom Air has no single BRAND NEW AIRCRAFT in its fleet of five jets; at least as of today. These lies and prejudiced narratives being pushed by Ibom Air as part of its advertising strategies, have become factoids—and needed to be debunked and deconstructed; at least to give the public right information concerning safety of air passengers.

Facts: Ibom Air uses five Bombardier CRJ 900 planes. Bombardier, an aircraft manufacturing company based in Canada, began producing this brand of aircraft in 2001—20 years ago. The age range of current jets in Ibom Air fleet is between 9 and 15 years. I am not implying that something is wrong with the aircraft or its age range. Not at all. The question is: why the unnecessary falsehood to the people of the Southeast, just to market a brand? what is BRAND NEW about aircraft that is over 10 years old?

Does Ibom Air take people of South-East for gullible that swallow hook, line and sinker every of the Airline’s half-truths and outright lies? Maybe majority of South-Easterners are not “literate enough” to understand what BRAND NEW PLANES represent. Airlines should be very careful about the information they dish out as it could affect how members of the public perceive  their every policy and practices, including those of safety. Once distrust sets in, potential passengers are likely not going to rest assured that such an airlines does not compromise safety to save cost, because any airline that can cunningly spin the age of its planes, may as well cut corners in other delicate areas that may affect safety of lives and properties of flying public.

Competition is the oxygen of every business enterprise. But when it becomes unethical, it calls for concern, especially from regulation agencies, to monitor the type of nefarious propaganda business entities dish out to unsuspecting customers, passengers and clients just to gain temporary advantage over their competitors.