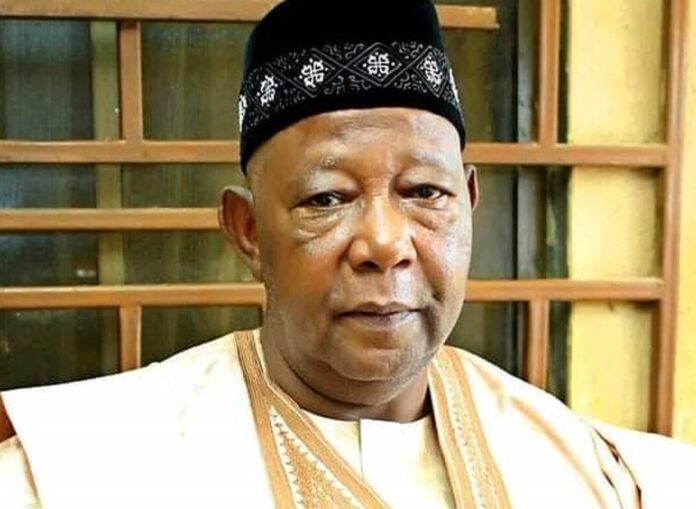 A chieftain of the Peoples Democratic Party PDP Mallam  Bibi Dogo has explained that conspiracy against PDP and Bauchi State Governor Senator Bala Mohammed will fail because of his performance.

Bibi Dogo stated this today Sunday in Bauchi when he addressed newsmen at the secretariat of the Nigeria Union of Journalists NUJ in Bauchi.

He said recent gatherings by small political groups organised by enemies of the Party and the Governor with the aim of taking over power from the Governor in 2023 will not work because of the numerous achievements  and successes of the governor in the area of fulfilling his political campaign promises.

Bibi Dogo said the projects executed by the Governor in the areas of provision infrastructures and other essential social services to the people has direct impact on their lives, and the electorates wants performing Governor.

He said Governor, Bala , brought an immediate impact felt wide across the State. ” when he assumed duty he paid the needed attention to the dilapidated infrastructures at the primary and secondary schools across the State. With the limited resources available, constructed 424 of two classroom blocks in each of the wards in Bauchi, he constructed and rehabilitated four major roads valued at N5billion. The road comprised of – Ibrahim Bako to Maiduguri Road bye- pass is 4.4 kilometers, Sabon Kaura to Jos Road bye-pass is 6.2 kilometers, Yakubun Bauchi Quarters is 1.8 kilometers while that of Muda Lawal market is 1 kilometer, while many roads were constructed in Azare town and Misau Sade Akuyam road presently cobstrucyion of over 20 roads spread across the state is on going” PDP stalwarts said the Governor make effort to provide for the change in demographics.when he launched the construction of 2,500 housing units across the state,and the project creates employement for over 20,000 youths.

Bibi Dogo said construction of building a model Government House is among the projects will makes a difference and restore the glory of the state in the eyes of the world. He said Governor Gubi dam is currently being upgraded to provide 75millions gallons of water which will address problems of portable water in Bauchi and environs. PDP chieftain advised Political opponents of the Governor to stop comparing Bala with the previous Governors since every did his best during his tenure but the present Governor will makes a difference and put his detractors to shame.He said political opponents of the Governor are envy of his achievements that is the reason why they are regrouping and makes senseless allegations to detract him from the good work he is doing, but they will not succeed.