A group under the aegis of Ohaukwu concerned elites in Ebonyi State at the weekend urged Governor David Umahi to free some stakeholders of Effium community who were arrested in connection with the clash between the Ezza and Effium people.

Recently, no fewer than 8 persons were reportedly killed, hundreds of houses razed, and valuables worth millions destroyed in a bloody clash between the two tribes

Governor Umahi had in an attempt to quell the clashes, invited prominent stakeholders of Effium community including the council chairman of Ohaukwu LGA, Barr. Clement Odah, Mr. Chinedu Awo, a member of the Ebonyi State House of Assembly among others.

He then ordered their arrest following reports of their connection with the clashes.

However, their detention did nothing to assuage the situation as the bloody clashes between the tribes have reportedly spiked barely a week after their arrest

But, the Ohaukwu concerned elites in a statement signed by it’s National President Ogazi Friday and sent to newsmen in Abakaliki, called on the governor to free the arrested stakeholders to enable them speak to the warlords who are presently destroying peasant farms in Effium community.

The group says for peace to reign between the Ezza and Effium tribes, there has to be some form of dialogue and this cannot happen while their leaders are jailed.

The statement reads in part: “The horrendous and unnecessary war at Effium is still ongoing with fatal consequences. The arrest and detention of Stakeholders who were invited for Peace talk is not helpful in any way. Many of our members are among those who attended the meeting and are now held.

“For any hope of peace, there must be some form of talk between both sides. That is not happening for now. There is a need for a vocal and systematic engagement with the government to see things in this perspective.

The group urged the governor to create camps for the internally displaced persons from Effium community who escaped from being killed by gunmen ravaging the community.

It expressed regret that over 20,000 indigenes of the community who are peasants farmers and narrowly escaped death are roaming around the major streets in Abakaliki without help.

“We noticed that over 20,000 indigenes of Effium community, who narrowly escaped from being killed by unknown gunmen, are everywhere in the streets of Abakaliki without anyone to help them.

“Go to Ezziangbo junction, Sperando junction, Presco junction and many other major streets of Abakaliki, you will see thousands of the refugees lying in deep hunger and frustration there.

“Many of the refugees are children, young mothers and girls, others are elderly persons. Few of them are roaming around the streets begging for arms.

“They are being exposed to avoidable dangers. We are in a harmattan period, how will the elderly and children cope with this hash whether without a roof over their heads?

“We, therefore, call on our wonder-working governor Chief David Umahi to do his best as a father of the state by creating camps for the internally displaced persons, IDPs to enable those citizens of Effium community who narrowly escaped death, settle down and have a roof over their heads.

The group also commended Governor Umahi for his quick intervention and varied measures employed to forestall further killings in the area.

“We thank His Excellency, the Governor of Ebonyi State, Chief David Nweze Umahi for his quick intervention in the crisis through various measures which include, deployment of security personnel to every flashpoint in the area and imposing of curfew from 4pm to 8am daily that is targeted at forestalling further killing and breakdown of law and order as well as a physical presence to see things for himself at Effium Community”. 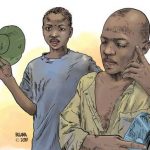 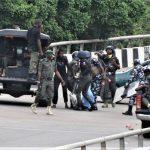 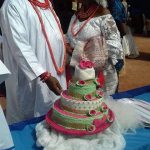