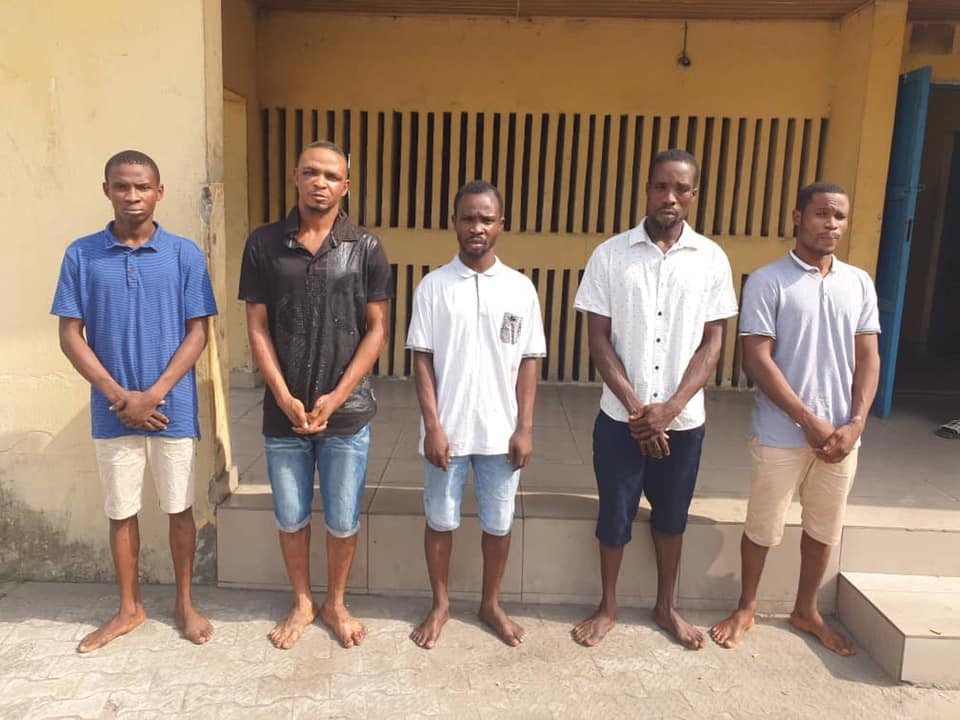 End Of The Road! 5 Gang Members Who Specialize In Abducting And R*ping Women Land In Police Net

Five members of a notorious kidnap gang, have been arrested by the Nigeria Police Force.

The gang members are said to specialises in the abduction of women and girls, sexually abusing them and obtaining ransom from their families before release.

A statement issued by Force spokesperson, CP Frank Mba on Sunday, January 31, said the five suspects were arrested by operatives of the Intelligence Response Team following massive manhunt for the perpetrators of the recent trend of abduction of women in some states in the South-South part of the country, especially Port Harcourt and its environs.

“The victims are subjected to series of sexual abuses and ransom demanded from their families before their release,” the statement reads.

“Investigations reveal that the suspects target lone female drivers of posh cars as they drive out of offices, shopping malls or any vulnerable places. They thereafter, trail them to lonely roads, abduct and take them to their criminal hideouts, sexually abuse them and demand ransom from their families before their release. They also sell off their exotic cars,” said CP Mba. 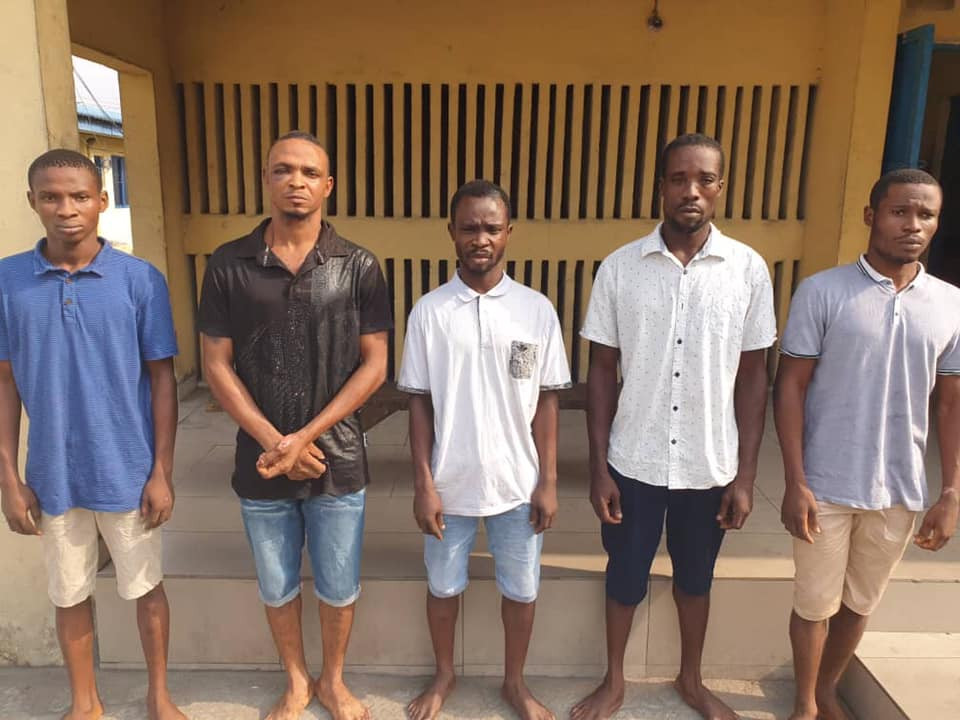 Items recovered from the suspects include four AK47 rifles, one double barrel shotgun and set of military camouflage uniforms suspected to have been illegally acquired, which they wear to beat security checks.

Effort is being intensified to arrest other fleeing gang members and recover more weapons and stolen vehicles used by the suspects for their operations.

Meanwhile, the Inspector General of Police, IGP M.A Adamu, has said that the action plan being implemented by the Force to curb Sexual and Gender Based Violence, particularly all forms of abuse on women and children in the country, is yielding positive results.

The IGP disclosed that a total of two thousand, seven hundred and ninety-two (2,792) suspects were arrested by the Police for Sexual and Gender Based Violence and other sexual related offences in the year 2020.

The arrests are linked to the two thousand, five hundred and seventy-three (2,573) cases currently being prosecuted under the Force Gender Unit in various courts across the country. Others are still under active investigations.

The IGP enjoins parents and guardians to keep a close watch on their children and wards and report any incidents of abuse against women and children.

The statement added that the suspects will be arraigned in court on completion of investigations.