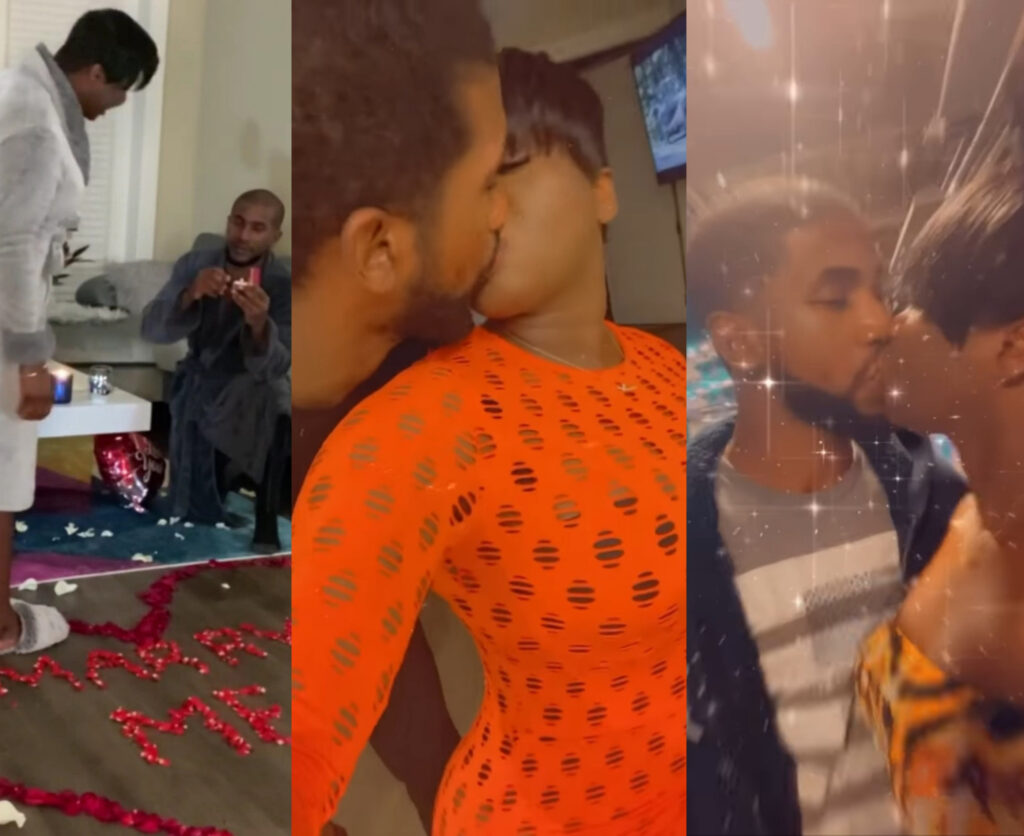 Wow! Princess Shyngle Is Now Married…See The Man Who Swept Her Off Her Feet (Video) 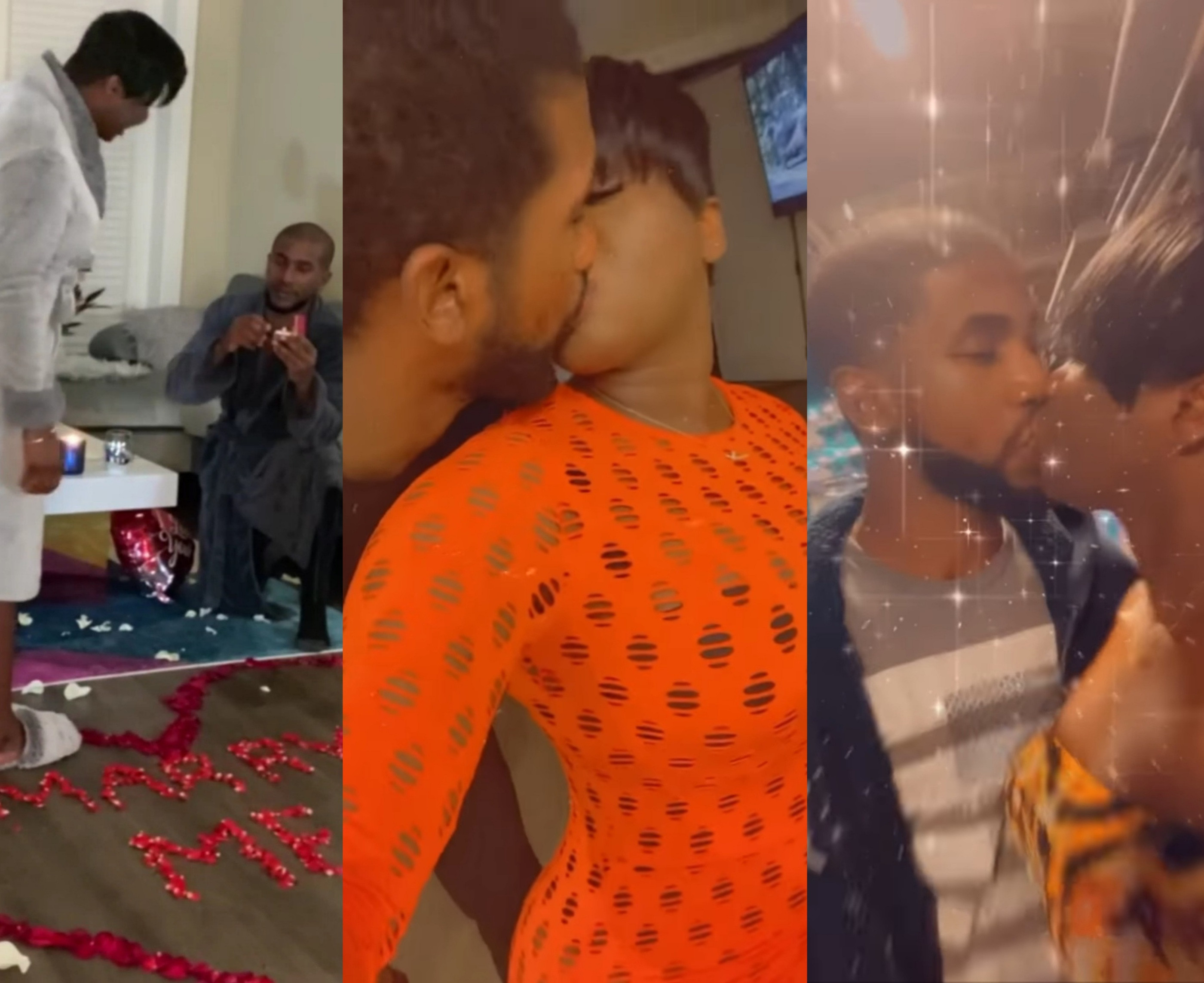 She announced the development herself and her name has officially changed to Mrs Bala-Gaye.

She shared footage of her man proposing to her and other clips showing them displaying massive PDA. She explained in the caption that they are already married and she’s officially a wife.

She wrote: “My crush since 8th grade even though you didn’t use to look my way back then the only man I ever hit on numerous times but I had no luck instead you choose to be my friend for over 10 years , little did either of us knew we were gonna end up together.

“Our real and genuine friendship brought us together and made our relationship and bound stronger than ever. I’m still taking it all in and I know all this would not have been possible without Allah.

“I’m blessed to be married to my childhood crush, my forever crush, my best friend, gossip partner and love of my life.. Mrs Bala-Gaye 4life. I’m officially a wife.” 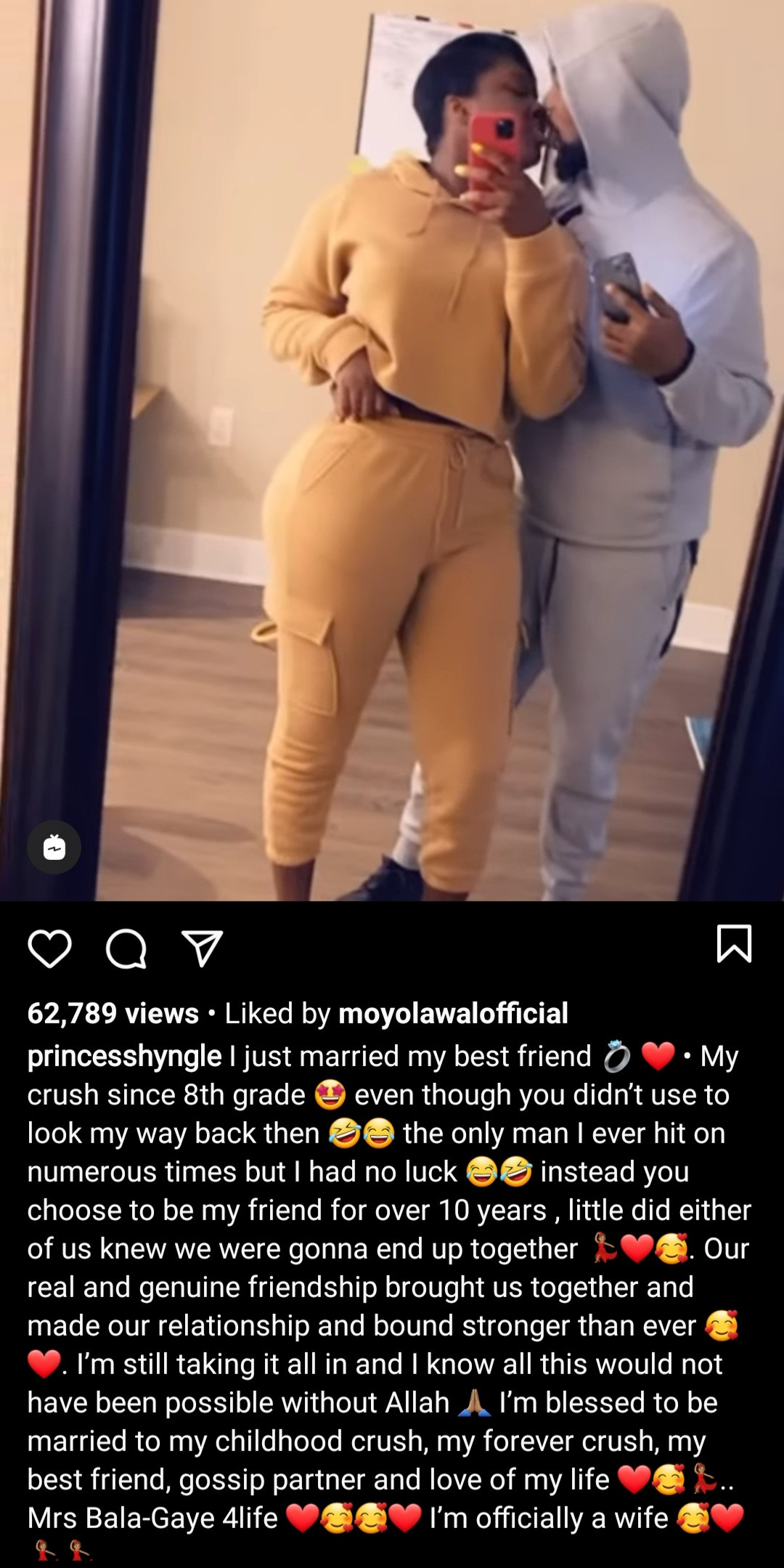 Only months ago, the Gambian actress broke off her engagement to her Senegalese boo, Frederic Badji.

Below is a video of Shyngle and her husband.