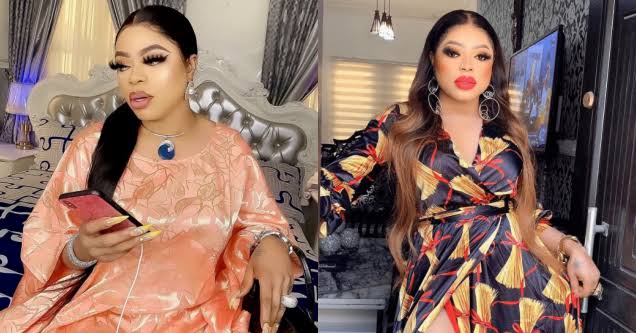 Popular Nigerian crossdresser, Bobrisky has announced on social media that he’s in search for a valentine partner for the year 2021.

In a post shared on his Instagram page, Bobrisky said he want to spoil someone’s son on Febuary 14th, which marks the Valentine’s day celebration.

According to him, they will fly outside the country on a private jet and spend 3 nights at the most expensive hotel in that country, adding that he will also buy a Rolex watch for the person.

“I want to spoil someone’s son on the 14th of February, we do private jet to another country to spend just three night at the most expensive hotel in that country. Buy you a Rolex,” he wrote. 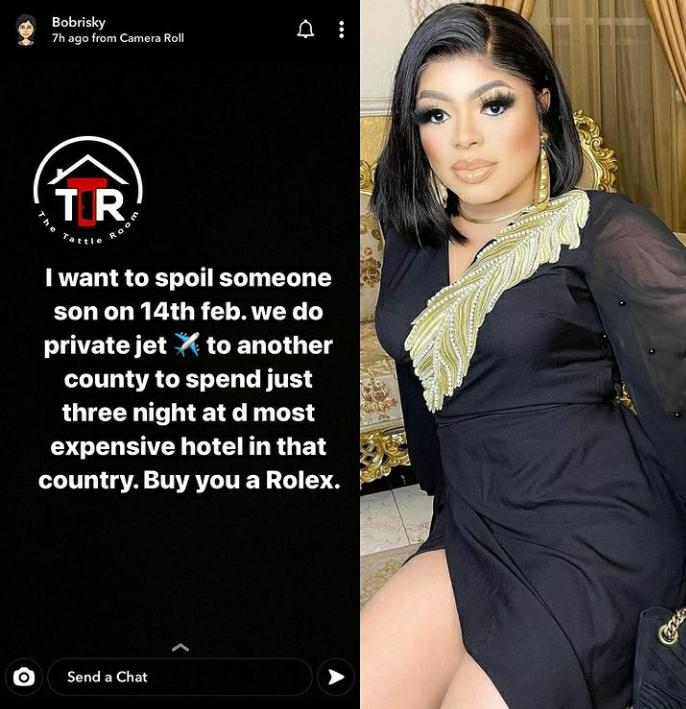 KanyiDaily recalls that Bobrisky had recently taken to social media to flaunt the N15 million cash gift given to him by his mysterious boyfriend after they spent one night together in a hotel.