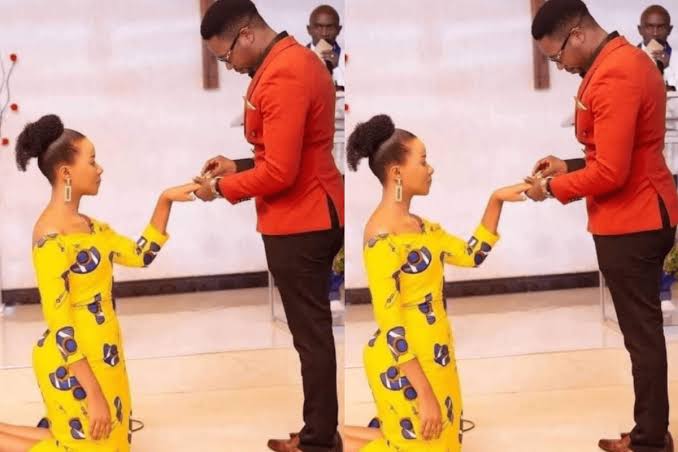 A Nigerian medical doctor identified as Osagie Merry has shared a controversial photo on the social media, insinuating that women are meant to kneel when being engaged by their boyfriends.

In the viral photo shared on his Twitter page, a beautiful young woman could be seen kneeling as her fiancé proposed to her while standing.

Sharing the to photo, Osagie said “this is how it is supposed to be”, wondering who invented the idea of men kneeling when proposing to their girlfriends.

“This is how it is supposed to be I really don’t know who invented the mechanism of men going down on their knee. This lady now is on her knee did she dieeeeee???” 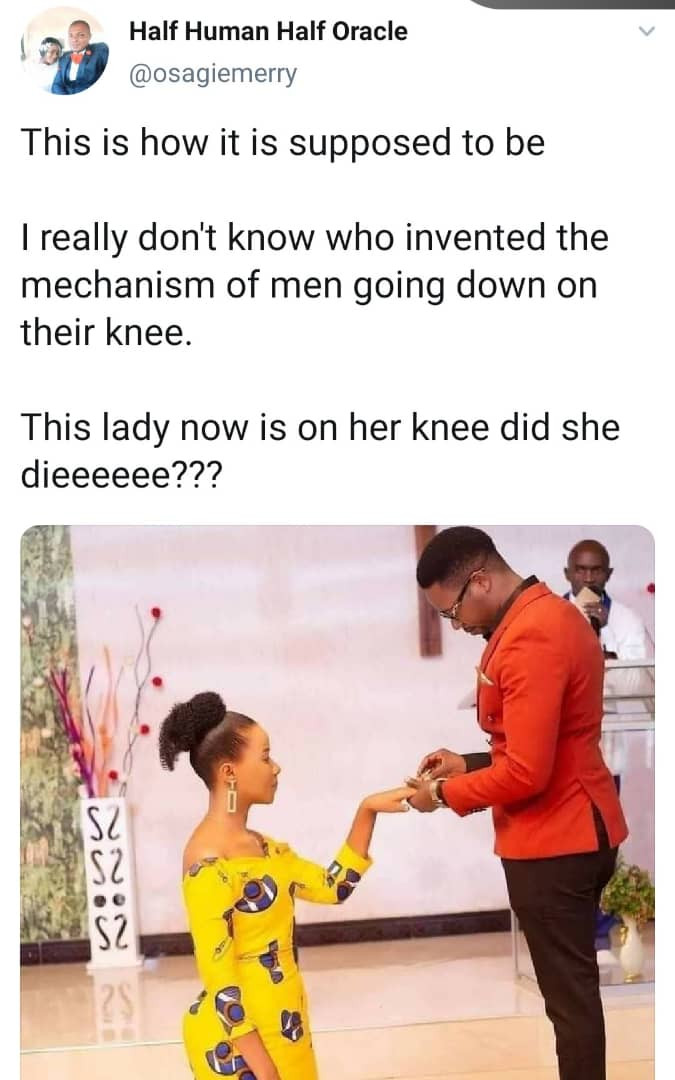 KanyiDaily had also reported how a 26-year-old man accidentally burnt down his apartment while proposing to his girlfriend with more than 100 candles in the United Kingdom.