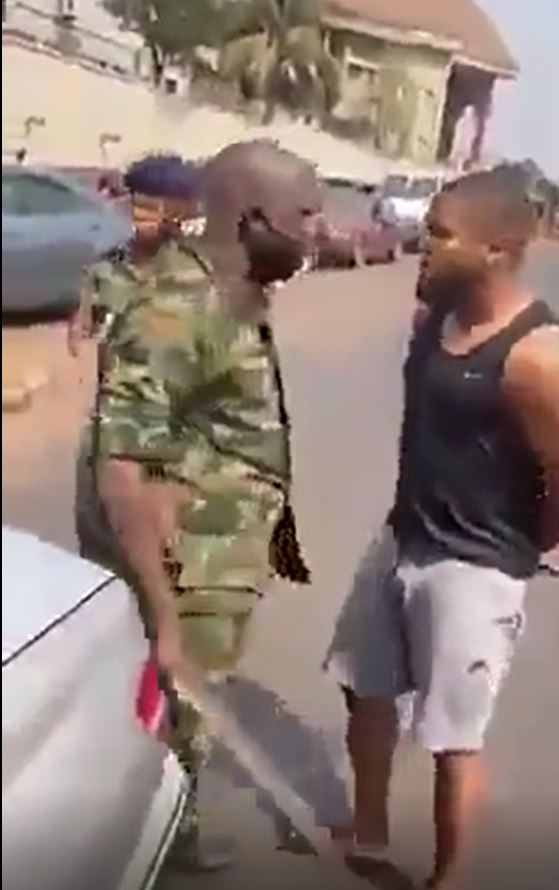 The soldier and footballer fighting

A Nigerian soldier has assaulted a footballer for questioning him after he followed the wrong way.

In a video shared online, the professional footballer, identified as Chikelu Ofoedu was slapped by the soldier after the two got into a war of words over the right of way as the soldier drove on the wrong side of the road facing other cars.

The soldier identified simply as Nasiru slapped him over the right of way disagreement.

Chikelu Ofoedu plays for Maccabi Tel Aviv striker. After getting slapped, the footballer approached the soldier in his car asking to be killed by the soldier who then came down wielding a cutlass.

An infuriated Nasiru confronts Chikelu with the cutlass but the footballer clamps his hands behind him but continued to question the soldier over the slap.

The soldier repeatedly insults the footballer for daring to question him.