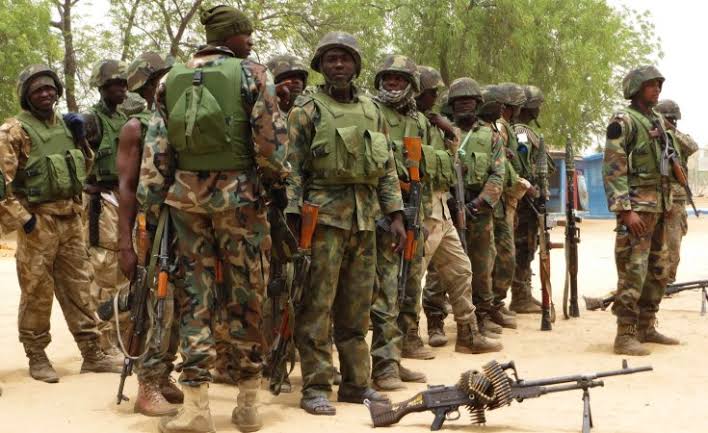 Not less than 127 soldiers have reportedly resigned from the Nigerian Army amid the worsening security the military is currently combatingchallenges in some parts of the country.

The soldiers who are drawn from various formations of the army across the country, are all of the junior cadres who are mostly at the forefront in the field.

In a memo obtained by Premium Times, the military personnel, comprising one Master Warrant Officer, three Warrant Officers, 22 Staff Sergeants, 29 Sergeants, 64 Corporals, seven Lance Corporals and one Private, will disengage in May.

The Chief of Army Staff, Tukur Buratai, a lieutenant general, has since approved their formal disengagement.

The list of the exiting soldiers did not distinguish between those embarking on voluntary retirement and those leaving the army on medical grounds.

According to the memo signed by T.A Gagariga, a brigadier general, who communicated the approval of their disengagements, the 127 soldiers are to submit all military properties in their possession.

“In compliance with the provisions of section A, the COAS vide reference B has approved the voluntary discharge of the above named NWO and 126 others listed in annex A. The soldiers are to proceed on terminal leave WEF 26th April, 21 while their disengagement date takes effect from 26th May 21 in accordance with the NA administrative policies and procedures No. 27 paragraphs 3 and 4,” the memo read.

“Accordingly, I am directed to request you relate to their respective units to release the affected soldiers to report to HQ CAR with their unit service documents for documentation NLT 5th January 21 and ensure that:”

“a. All forms of military controlled items, arms, ammunition and items of combat kits are recovered from the soldiers prior to their disengagement date and certified that they are properly de-kitted.”

“b. They complete all necessary documentation for withdrawal from: 1. NAWIS contributions 2. DENFUND contribution 3. National Mortgage Contributions,” the memo read.

When contacted, Army spokesperson, Sagir Musa, did not respond to enquiries on the resignation of the soldiers.

KanyiDaily recalls that Borno State Governor, Babagana Zulum had expressed doubt over the ongoing war against Boko Haram, saying there is no hope that the Nigerian Army can defeat the insurgents.