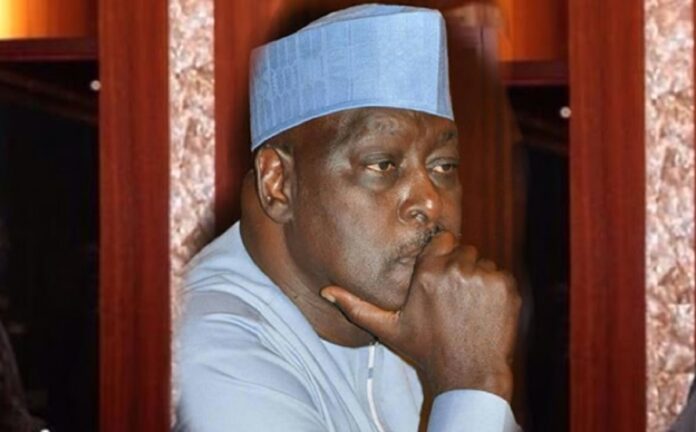 Justice Charles Agbaza of the FCT High Court, Jabi on Thursday January 21, 2021, adjourned the trial of a former Secretary to the Government of the Federation, SGF, Babachir Lawal and five others till February 17, 2021 for continuation of trial.

Lawal along with his younger brother, Hamidu David Lawal, Suleiman Abubakar and Apeh John Monday are facing prosecution by the Economic and Financial Crimes Commission, EFCC, alongside two companies, Rholavision Engineering (fifth defendant) and Josmon Technologies (sixth defendant) on amended 10-count charge, bordering on fraud, diversion of funds and criminal conspiracy to the tune of over N544million.

At the resumed hearing today, the prosecution presented its second witness, Hamza Adamu Buwai, a Deputy Director, Finance and Accounts from the Office of the Accountant-General of the Federation who, at the time of the alleged offence, was attached to the Office of the Secretary to the Government of the Federation (OSGF), and also was the Head of Finance of the Presidential Initiative for the North East (PINE).

Buwai told the court he approved all the payments that were made to the contractor and consultant for the removal of invasive plant species irrigation programme and construction of water gates along the River Kamadugu Yobe River, which is about 250km. He further revealed that Josmon Technologies Ltd. was the contactor while Rholavision Engineering Ltd. was a consultant on the contract.

Explaining, Buwai told the court the different processes that payment vouchers go through before payments are made; “All our approvals were sent to the Permanent Secretary, Special Services and when he approves, we make payments. In my department, we raise the payment vouchers, calculate and deduct the Withholding Tax and the Value Added Tax which were at 5% each at the time the contracts were awarded”.

He told the court that upon approval of payments by the Permanent Secretary, Special Services, in the office of the National Security Adviser, NSA, which is under the office of the Secretary to the Government of the Federation, he directed that the payments be made to both Rholavision Engineering Ltd and Josmon Technologies Ltd., while Withholding Tax and Value Added Tax (VAT) were deducted from the quoted sum on evaluation certificates for the contract and the remaining sum paid to their respective accounts.

He further explained that the documents in the official file for payment, includes Certificate of Corporation, Tax Clearance of the Companies, Registration of the companies with Bureau for Public Procurement, BPP, PENCOM Certificate, Industrial Training Fund Registration and letter for the award of contract.

The witness disclosed that Josmon Technologies Ltd. was initially paid the net sum of N203.357 Million for the Phase one after the Withholding Tax and Value Added Tax of 5% each had been deducted. The contractor received a net sum of N20.68 Million as the final payment for the first phase of the contract.

Buwai pointed out that in the phase two of the contract, two vouchers were issued in favour of the sixth defendant, Josmon Technologies Ltd., one capturing the sum of N182.95million and inclusive of N10.2million for Withholding Tax and N10.2million for Value Added Tax, while the other voucher captured the sum of N49.37million with N2.7million for Withholding Tax and another N2.7 for Value Added Tax.

The Prosecution counsel, O. I. Uket, prayed the court to tender the six payment vouchers raised in the name of Rholavision Engineering Ltd and Josmon Technologies Ltd with the attached documents. With no objection from the defence counsel, Justice Agbaza admitted the payment vouchers as exhibits before adjourning the matter.