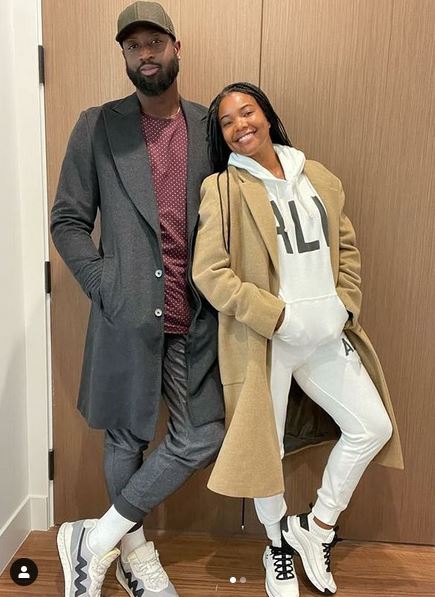 Hollywood actress, Gabrielle Union has revealed that her basketballer husband, Dwyane Wade is not a sucker for her onscreen s3x scenes and she often warn him before hand before such scenes come up on TV.

The 48-year-old actress said her husband, 39, doesn’t enjoy watching them, but sometimes he sees them without warning because she “forgets” what she filmed so she sometimes doesn’t warn him early enough.

Speaking on the Renaissance Man podcast, she said: “He’ll ask before each episode: ‘Are you naked in this one?’ Sometimes I forget, because we shot this stuff a year ago. And we’ll sit there with the whole family, popcorn, and he’s like …”

Gabrielle, who has daughter Kaavia, 2, with Wade and is stepmother to his children Zaire, 18, Zaya, 13, and Xavier, 7, admitted she also has to think about their children when it comes to stripping onscreen.

She said: “The older boys were like, ‘I am getting murdered at school,’ like with the sex scenes and all that.”

However, she insisted she’ll continue to act such scenes for as long as she’s comfortable, adding: “Everyone will just adjust.”