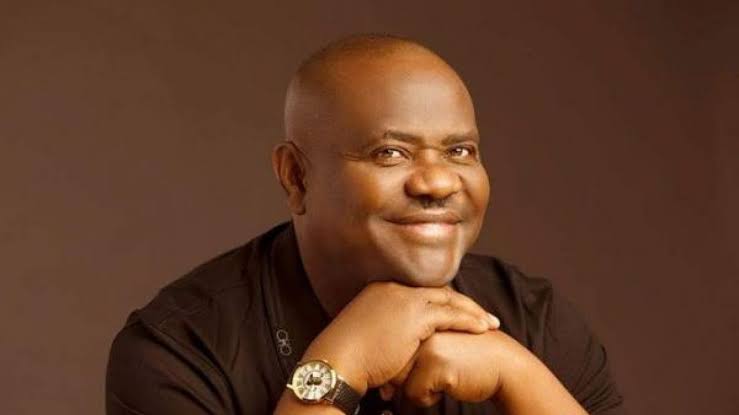 Rivers State Governor, Nyesom Wike has donated a sum of N500 million for the rebuilding of the Central Market in Sokoto State, which was razed by fire on Tuesday.

Governor Wike’s pledge is coming at a time his administration is yet to resolve a lingering dispute over the non-payment of pensions and gratuity to thousands of retired Civil Servants in Rivers.

Muhammad Bello, a Media Aide to the Governor of Sokoto, Aminu Tambuwal, disclosed in a statement, that Governor Wike visited the scene of the fire incident on Wednesday.

Tambuwal, while conducting the Rivers governor around the fire scene, said 60 per cent of the 16,000 shops in the market have been destroyed by the fire.

According to the statement, Wike pledged a N500 million donation to support the state’s rebuilding efforts, as well as to assist affected traders.

“River state government has pledged the sum of half a billion naira to support Sokoto State government in rebuilding the Sokoto central market ravaged by fire on Tuesday morning,” the statement reads.

“Part of the money, according to Gov. Ezenwo Nyesom Wike of Rivers State, who made the pledge, is also intended to support the victims of the inferno.

“Gov. Wike, who visited Sokoto earlier on Wednesday, barely 24 hours after the disaster, said he was shocked and disturbed when he learnt about it.

“Affirming that whatever affects Sokoto State also concerns Rivers, he said his administration will do all it takes to ensure that the affected market is reconstructed and becomes functional.

“He said a situation where the means of livelihood of the people of Sokoto state, the drive of the government to improve the people’s lives and a broad spectrum of socio-economic wellbeing of many people will be affected, does not augur well for development and progress.”

Meanwhile, Rivers pensioners have repeatedly cried out that Wike’s administration has not paid them their gratuities, pension arears since the inception of the administration in 2015.

The Chairperson of the Nigerian Union of Pensioners in the state, Collins Nwankwo, last December, threatened to lead his members into the street for a protest against the state government over the unpaid pensions, according to a report by Punch newspaper.

Mr Nwankwo said the pensioners had made several pleas to Mr Wike, and that the governor was just insensitive to their plight.

“It is very pathetic that the usual payment of gratuities, pension arrears and death benefits which hitherto was a thing of joy, has become a source of punishment to our living pensioners and the survivors of the deceased ones.

“Since the inception of the present administration in 2015, no dime has been paid in this direction and all efforts towards getting our government to consider the need to address them are never admitted. At a point, when all these efforts fail, we will embark on the protest. We will have to talk to those who will be able to walk,” Mr Nwankwo said.

Mr Nwankwo told PREMIUM TIMES on Wednesday, that the pension union would issue a fresh statement next week on the issue.

KanyiDaily recalls that Governor Nyesom Wike had promised to deliver all the projects under his administration before the end of his tenure in office.