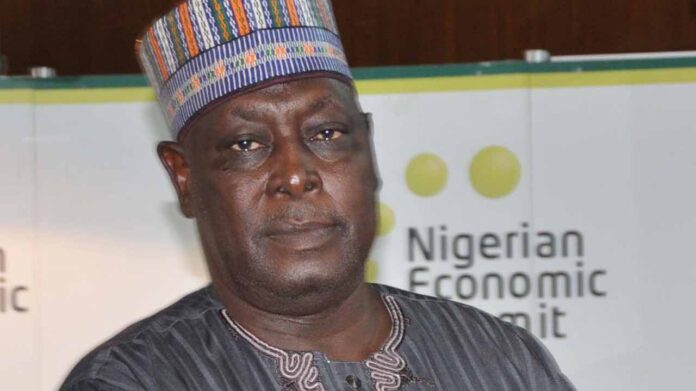 The trial of  a former Secretary to the Government of the Federation, Babachir Lawal and five others began on Wednesday in an FCT High Court in Jabi, Abuja.

The prosecution witness, a relationship manager in the Sales Department, First City Monument Bank (FCMB), Mohammed Babansule, tendered the statement of account of one of the companies, Josmon Technologies Ltd., the sixth defendant.

Some other documents tendered by the bank official  were the Certificate of Incorporation, Memorandum of Understanding, AEDC receipts, Letter of reference, International passport page of Apeh Monday, the fourth defendant and board resolution to open an account, all for the sixth defendant.

Babansule while giving evidence in chief had said that the statement of account for the sixth defendant was generated from computer system of the bank, printed, signed, endorsed and certified by the bank before sending same to the EFCC.

The witness also confirmed comparing the printed statement to be the same with the one in the bank’s system.

When asked by  Often Uket,  the prosecutor, the condition of the system as at the time the documents were printed, Babansule replied, ” the system, both computer and printer were in good condition and working properly”.

After the  documents were tendered to the court and the defendants counsel did not object to any of them, the judge proceeded to Mark them as exhibits.

He was also asked to confirm if those institutions were the ones that could issue original copies of any documents that emanated from them.

He was equally asked if it was the bank that noticed an unusual inflow and outflow of the six defendant’s transactions and reported to the EFCC.

He answered in the negative  and then in the  positive to the above questions.

At the end of the cross-examination by the defendants counsel, Uket attempted to re-examine Babansule in regards to whether or not the bank had the photocopies of the documents he tendered, but his line of question was objected to by Itodo and the objection was sustained by the court.

Justice Charles Agbaza, discharged the witness and adjourned the matter  until Jan. 21, for continuation of trial.

NAN also reports that the defendants were  first arraigned  before Justice Jude Okeke of the FCT High Court, Maitama, Abuja on Feb. 13, 2019,  however the case had to be transferred to Justice Agbaza  following Okeke’s death.

The offences  the  EFCC alleged the defendants committed during the time Lawal  was the SGF and that he allegedly awarded contracts to these companies in which he had interests.