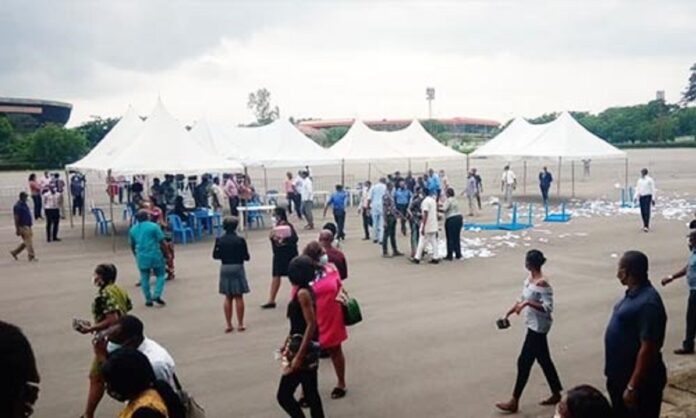 Another crisis is brewing in Enugu State chapter of Nigerian Medical Association NMA, following an alleged report of fighting between doctors.

They were also said to have fought security personnel of the University of Nigeria Teaching Hospital, UNTH.

The development our correspondent gathered had forced over a hundred consultants in Enugu West Zone of NMA, Enugu State to signed for their withdrawal of membership of the association.

They were said to have described the recent events of rascality of junior doctors over who controls the leadership of the body at the various levels while the national leadership paid deaf ear as unacceptable.

247ureports.com learnt that incident happened during the election of the new leadership of the Enugu West NMA held on January 11, 2021, at UNTH.

Trouble was said to have started when doctors loyal to the outgoing Chairman of Enugu West NMA, Dr Aloy Ifedinso Ugwuoke and Secretary of NMA in the state wanted to install his treasurer, Dr Uzoigwe Jide as a successor against Dr Ekwueme Peter who was said to have the blessing of the state chairman, JOT Onyia.

It was gathered that the duo, Drs Onyia and Ugwuoke, who were said to be friends and together when they were contesting the state Chairman and Secretary respectively, are now fighting over who controls the leadership in the zones for their future aspirations.

Drs Nwachi George and Uloh Hillary had in a petitioned to the state leadership of NMA titled: “Gross violations of constitutional provisions in the screening and publishing of names of successful contestants for elective positions into NMA Enugu West,” dated January 8, 2021, alleged that Dr Uzoigwe was not qualified to contest for the chairmanship of the zone, and likewise contestants for other positions who were running unopposed.

A source told our correspondent that the outgoing zonal chairman, Ugwuoke, in deviance to the directives of the state, had gone to conduct the election, which now resulted in his supporters engaging supporters of the state chairman who tried to stop the election in a free for all fight.

“The incident now led to the destruction of the electoral materials. I hope you saw the video of the incident already in circulation on social media.”

Meanwhile, aggrieved consultants have lamented that they had been reduced to a mere spectators as a group hijacked the Association for primordial interest.

The source quoted one the consultant to have said, “Yesterday, numerous reports of extreme displeasure from consultants and elders of the profession reached a crescendo as to how unsatisfactory the affairs of NMA has been conducted of recent such that Consultants have been extremely disregarded, disrespected, discarded and reduced to mere spectators as a group hijacks the NMA for primordial interests outside the original aims and aspirations of NMA.

“Consequently, as a short term means to stem the apparent autophagy and decay; encourage dialogue and reform in our natural role as head and guardians of the medical profession, a move was initiated to halt the flow of funds from contributions which serve to fuel the acrimony in the organs of the NMA in Enugu.

“Hence the generation of the list of consultants desirous of stopping their monthly contributions to NMA as a means to restoring sanity and order as well as encouraging healthy reforms in the polity and getting the Association back on the right track.”

But when contacted, Dr Ugwuoke confirmed the crisis but noted that he would not speak on the matter until the internal mechanism to resolve it had been exhausted.

“The truth is that a lot of internal mechanism have not been exhausted for us to go to the press. I have been trying to exercise restraint because I double as the secretary of NMA Enugu and as at the time of conducting that election I was the chairman of the zone.

“So based on that dual responsibility any statement I am making depend on which ever garb I am wearing; and because of our recent experience in the past election.”

The State NMA Chairman, JOT Onyia, confirmed the crisis but said that it has been resolved.

“Actually, there was crisis but to God be the glory, I am handling it and it would soon be resolved.”